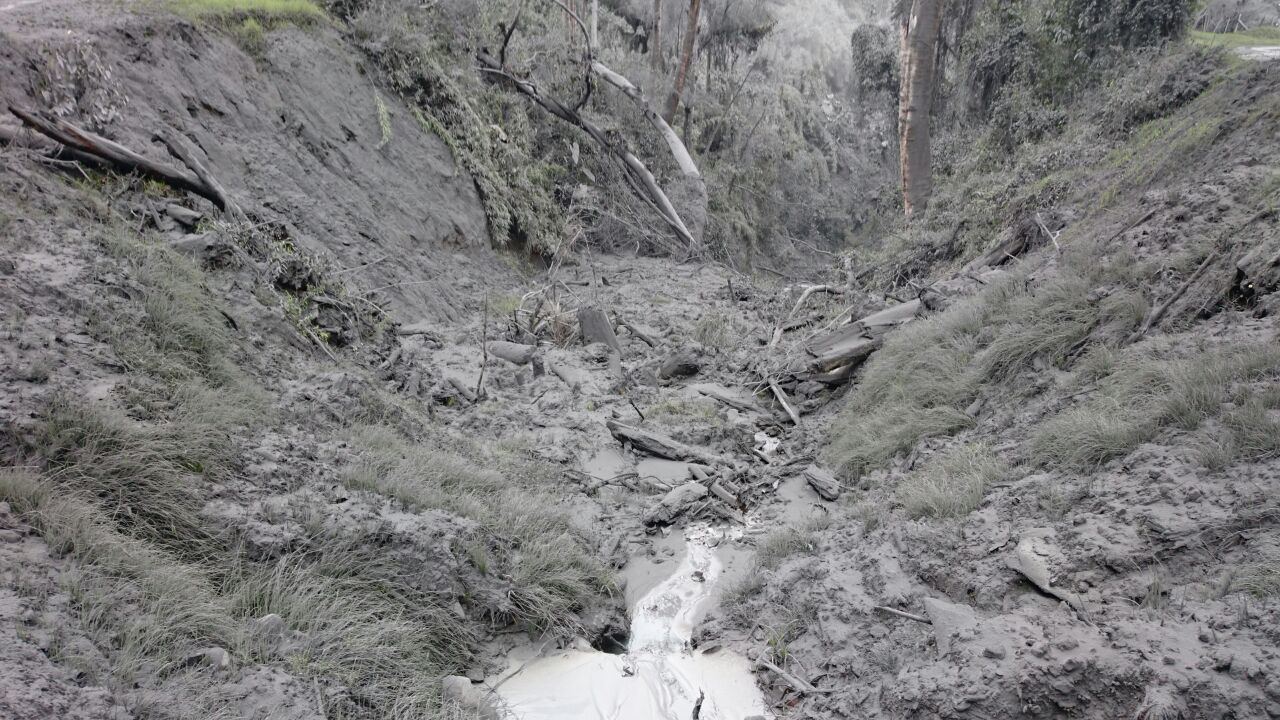 QCOSTARICA – A flyby of the Turrialba volcano evidences the disappearance of flora on the slopes of volcano due to ashfall.

The images and video show that vegetation for some 5 kilometres on the western flank of the colossus has been affected. 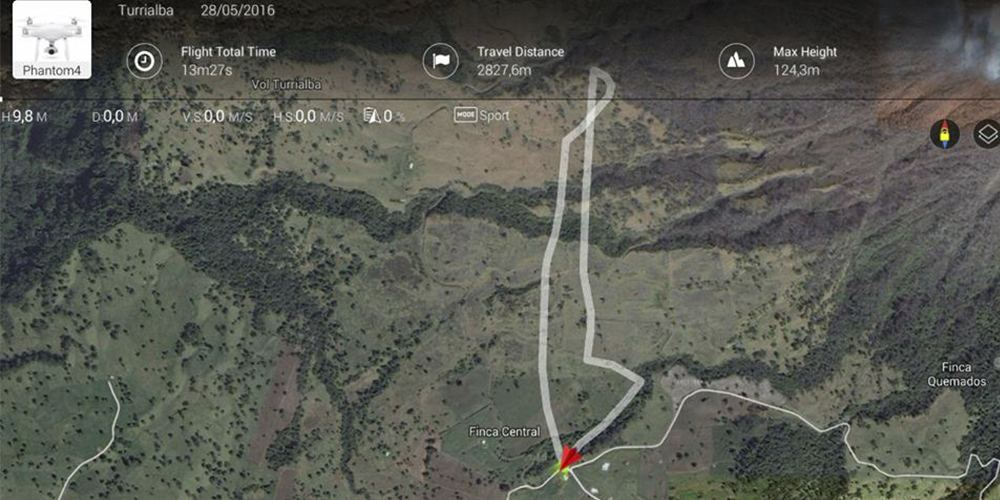 The grass, plants and trees that used to be on the west side of the Turrialba volcano no longer exist. A change in wind is now beginning to affect the south side as well.

The ash and gases expelled by the colossus since 2010, when the volcano reactivated for the first time, until recent weeks, caused the disappearance of the flora.

This was corroborated by a flyby by the National Emergency Commission (Comisión Nacional de Emergencias – CNE) on Saturday, May 28.

CNE geologist and one of the managers of the flyby, Blas Sanchez, explained that this was done with a drone operator Hernan Siles, high above (about 2.2 kilometers of the active crater) the park ranger post, La Central. That flyby was followed up by another in the area of La Silva, some 1.3 kilometres above the Paredes creek, located within the 2 kilometre restriction ring around the colossus.

The flyby was possible thanks to a lull in the volcano’s activity last week.

The expert explained that the most affected is the Paredes creek, which besides the great amount of ash, fallen tree trunks have caused avalanches. The waters of this creek mainly feeds the Toro Amarillo river, which has also been affected.