Flying The Colours of Costa Rica 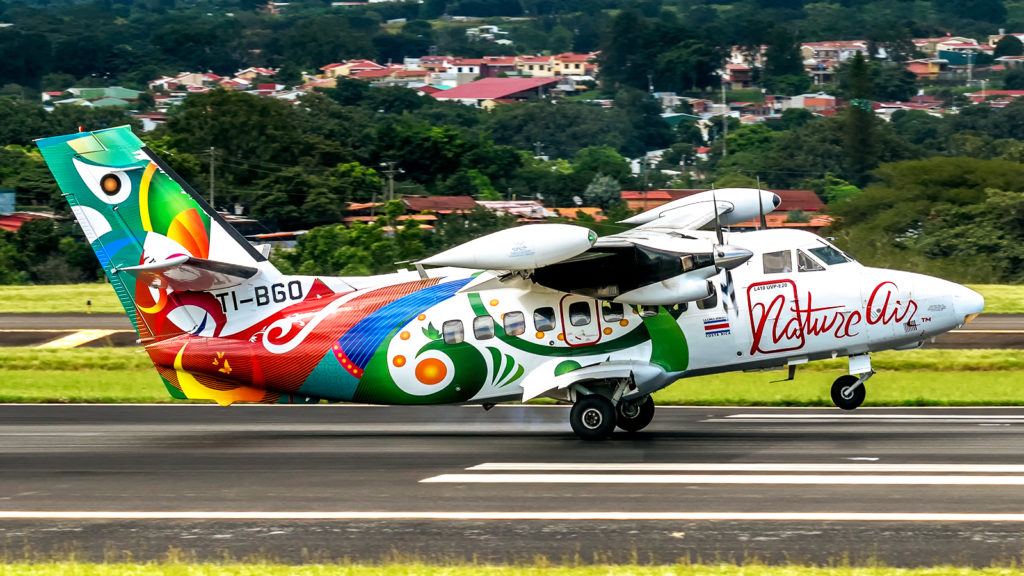 QCOSTARICA – GE turboprop engines are rugged and can withstand extreme climates; they power aircraft around the world including those flying to the world’s most dangerous airport in Lukla, at the foot of Mt. Everest. And Costa Rica.

According to the website, under the wings of four L-410 aircraft, these engines carry up to 26,000 tourists and travelers exploring Costa Rican destinations.

To date, the GE powered L-410s serve all of Nature Air’s 15 destinations. These aircraft provide more comfort and come with a higher cruising speed than the previous model. Gustavo Chinchilla, CEO of Nature Air, said that with the retrofitted L-410 “tourists can arrive in 20 minutes to almost any beach destination that by land would take up to five hours”.

In the fall of 2015, Nature Air organized a competition called ¡Tu arte en el aire ! (Your Art in the Air). It invited designers to come up with a colorful look for the tails of the L-410 airplanes in Nature Air’s fleet.

Gustavo Chinchilla put it this way, “at Nature Air we have the tradition of making special designs for the tails of our aircraft. As we are a regional airline, we decided that from now on we will provide an opportunity to showcase the artistry of Nicaragua and Costa Rica. We are proud that these designs unite us as neighboring countries.”

Nature Air claims that more than 100,000 passengers and spectators per year could potentially see the freshly painted airplanes.

One of the winners, Stephen Duplantier (a 70-year-old documentary filmmaker and graphic artist) entered the competition because “the chance to design a new species of a giant mechanical tropical bird was irresistible”.

His and three other winning illustrations already adorn the company fleet, making these aircraft arguably the most beautiful L-410s in the world.

Let’s have a look at some of the winning designs.