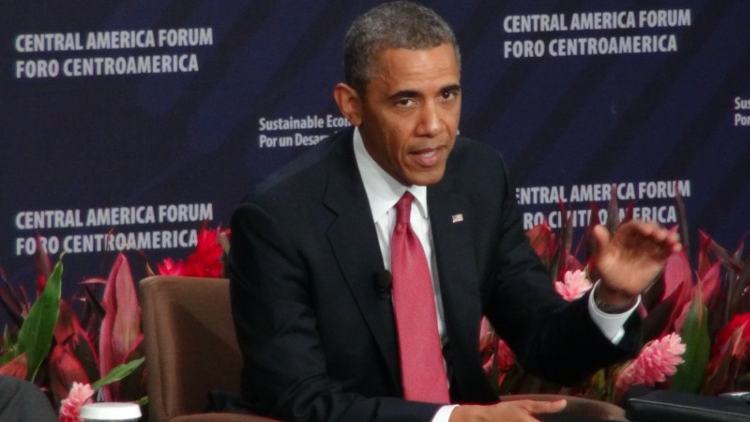 Latin America’s least popular president finally has something to cheer about. Costa Rican President Laura Chinchilla, whose approval ratings barely register in double digits, could receive an “Obama bounce” in the polls after the US president traveled to San José and heralded her country as an exemplary leader for Central America.

In just his second visit to Central America and his first trip to Costa Rica, U.S. President Barack Obama this weekend called for new partnerships and increased integration with the region – especially in the areas of trade, innovation, and energy. Obama, who arrived in San José Friday afternoon to a rock star’s welcome of people lining the streets to cheer his motorcade, lauded Costa Rica for its historic commitments to democracy, peace, human rights, education and socio-economic development. 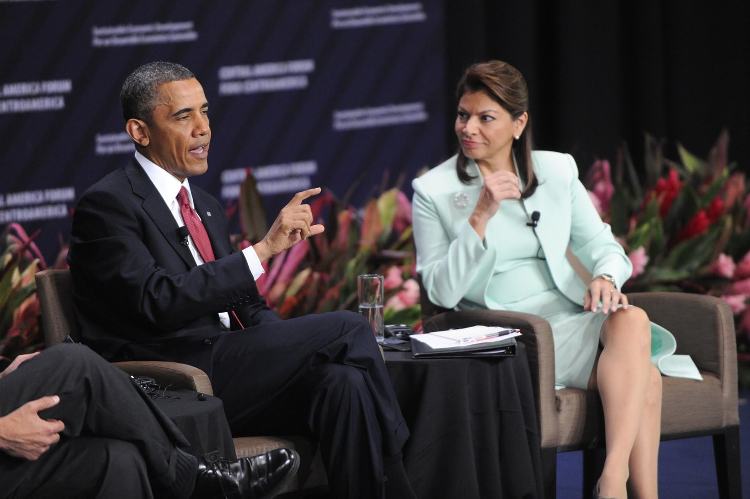 Nuria Marín, a political analyst for Teletica Channel 7 News, echoed those sentiments, calling Obama’s visit an acknowledgement of Costa Rica’s “regional protagonism” and the country’s “return to the geopolitical map.” Just by spending 24 hours in the capital city of San José, Obama has helped to “strengthen Costa Rica’s brand name for attracting more US tourism and investment,” Marín predicts.

Other analysts, however, are still scratching their heads over what the summit was all about. Some are even questioning whether Obama’s stop in Costa Rica was just part of an extended layover on a circuitous return flight to Washington after a tough two-day working trip in Mexico

“This has been one of the most mysterious presidential visits I have witnessed in the last two decades,” says Costa Rican political analyst and 2014 presidential hopeful Luis Guillermo Solís. “Nothing seemed to make sense about the objectives of Obama’s visit.”

During his stay in San José, Obama met privately and publicly with President Chinchilla, held a private dinner with his counterparts from Central America and the Dominican Republic, and participated in an investment forum with nearly 200 MBA students and Central American business leaders. The agenda items ranged erratically from trade, drugs, and immigration, to clean energy, gender equality, education, infrastructure, and gay marriage. The summit ended without a joint declaration and with no agreements, resolutions, or even a clear sense of what comes next.

Even the most innovative proposal that was discussed during the meeting (the possibility of using the US-Central American Free Trade Agreement [CAFTA] as a platform for the US to sell liquid natural gas to Central America to reduce the region’s soaring energy costs) was delivered with an asterisk when Obama said he still has to make an executive decision whether or not the United States even wants to export liquid natural gas.

Some analysts are calling Obama’s trip to Costa Rica an empty-handed courtesy call after being criticized for neglecting the region during his first term in office. And when it came to deciding which Central American country to visit, Costa Rica was viewed as a safest choice to get in and out without incident, says Nicaraguan political analyst Arturo Cruz.

But given Central America’s current cast of presidents – Guatemala’s Otto Perez is a leading critic of the US drug war, El Salvador’s Mauricio Funes has failed to assume a regional leadership role that the US had hoped he would step into, Honduras’ Porfirio Lobo is viewed as a political byproduct of the 2009 coup, Nicaragua’s Daniel Ortega is democratically challenged and prone to “anti-yanqui” political ranting, and Panama’s Ricardo Martinelli is considered a loose cannon autocrat who is well-suited for his nickname, “El Loco” – Chinchilla was an easy pick, despite her unpopularity and socially conservative views.

Though the presidents of the region managed to gather at the same dinner table for a meal with Obama, Central America’s strained integration process started to show through the smiles soon after desert was served. Few details were made public about the presidents’ private meeting on Friday night, but by Saturday morning the presidents of Nicaragua, El Salvador, and Honduras had already left the country before Obama’s meeting with Central American business leaders.

Central America’s political integration, which has been a nonstarter since the early 19th Century, has become even more strained in recent years as the various political leaders of the isthmus lead their countries in diverging directions. As Nicaragua seeks closer ties with countries such as Russia, Iran, and the leftist Latin American nations belonging to the Bolivarian Alliance for Our Americas (ALBA), Costa Rica is celebrating what former president and Nobel Peace Laureate Oscar Arias this week called his country’s “extraordinary new chapter in the long history of friendship” with the United States.

Ironically, Nicaragua in some ways is on an equally good footing as Costa Rica to talk with Obama about the issues of renewable energy technologies, growing trade and investment under CAFTA, and citizen security – three areas in which Nicaragua is excelling. But politics being what they are, President Ortega, the former socialist firebrand whose revolutionary government battled US-funded counterrevolutionaries in the 1980s, remained quiet during the summit while Costa Rica grabbed the spotlight. Ortega departed Costa Rica early Saturday morning for another summit in Venezuela, where attitudes toward the Obama administration are markedly different than they are in Costa Rica.