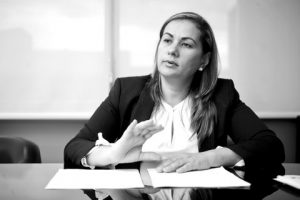 Mora is being investigated on issues related to the so-called Cementazo or Chinese cement case.

Friday morning, the Fiscalia conducted nine raids on the property of the former bank president, including her residence, located in San Ramón de La Unión, Cartago, the home of her brothers in Danzas del Sol, in Curridabat and several BCR offices. The raids began at 6 am and concluded at 4 pm.

Mora is suspected of embezzlement and influence peddling

QCOSTARICA - At the beginning of this month of May, Costa Rica has applied almost a million vaccines, as announced by President Carlos Alvarado...
Business

QCOSTARICA - The Cooperativa Autogestionaria de Servicios Aeroindustriales (COOPESA), the Costa Rican company that started as a manufacturer of bus bodies until 1993, and...
Nicaragua

TODAY NICARAGUA (Confidencial) Six months before the general elections in Nicaragua, The Economist Intelligence Unit (EIU) predicts that the regime of Daniel Ortega and Rosario...
Coronavirus

Q24N - An elevated section of metro track in Mexico City partially collapsed on Monday night, bringing down rubble and some train carriages onto...
Nicaragua

TODAY NICARAGUA – The Observatorio Ciudadano (Citizen Observatory) report revealed this Friday, May 7, 878 new suspected cases of infection with the virus and...