Q TRAVEL – The Four Seasons Costa Rica Resort, located in the Papagayo Peninsula in the province of Guanacaste, was awarded ‘Best Hotel in Central & South America’ in the 2016 Gallivanter’s Guide.

The Four Seasons Costa Rica is co-owned by Saudi businessman, Prince Al-Waleed bin Talal through his company Kingdom Holding Company (47.5%), Cascade Investments (47.5%) which is controlled by Bill Gates, and by Isadore Sharp (5%), a Canadian hotelier and founder and chairman of Four Seasons Hotels and Resorts.

In the 2016 Gallivanter’s Awards for Excellence, the Four Seasons was also recognised as the Best Hotel Group Worldwide.

The Gallivanter’s Guide, created in 1991 with aim of serving the world’s high-end hotel aficionados, tells it like it is. Over the years, earned them the respect of the world’s top travellers, hoteliers and travel advisors. 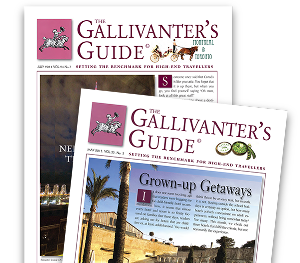 Today, The Gallivanter’s Guide is a glossy, privately published travel advisory; consisting of 8-16 pages, according to the number of hotels reviewed.

It takes no advertising and employs no journalists. Guide creators Lun Middlehurst and David Maslin personally review only the best hotels and resorts in the world. The only criteria is quality in all its guises, which means that sometimes, the sacred cows of the hotel world come in for quite a bit of criticism.

Only those hotels that the couple have personally assessed ‘from the guest’s point of view’ are included in The Gallivanter’s Guide.