Frustrated At The Inaction of Transport Officials, Police Take To Painting Street Signs 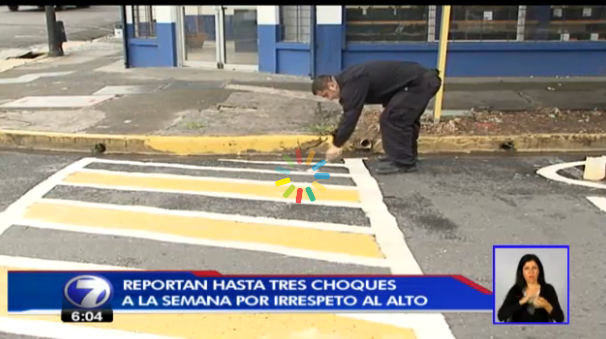 QCOSTARICA – Don’t be surprised if you run into police officers painting lines on the roads, like the case at an intersection in Barrio Los Angeles, in San Jose, where the lack of proper signage had resulted in numerous traffic accidents. 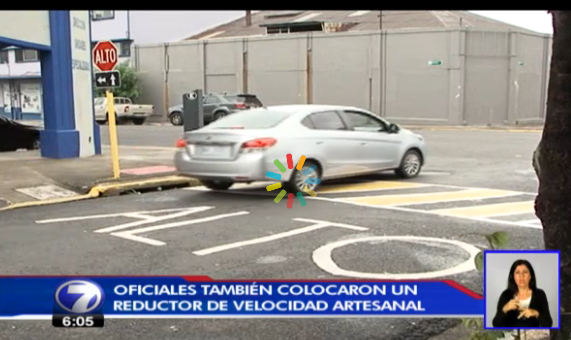 Several of the area police officers of the Specialized Unit of the Fuerza Publica, desperate to curb the accidents at Avenida 6 and Calle 2, took out a brush and a gallon (or two) of paint to improve the intersection. 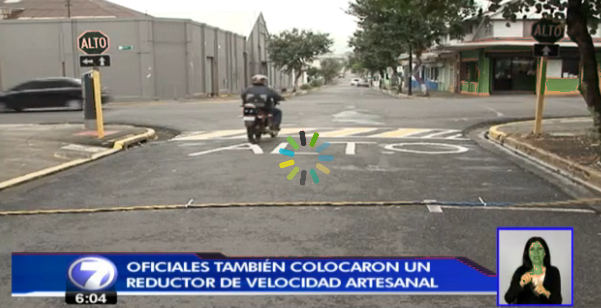 It is expected that the Traffic Engineering department of the Ministerio de Obras Públicas y Transportes (MOPT) will be erasing it for not being official.

Raul Rivera, director of the specialized police unit, supports the actions of his officers, saying “just in the last month we’ve had four or five accidents”. 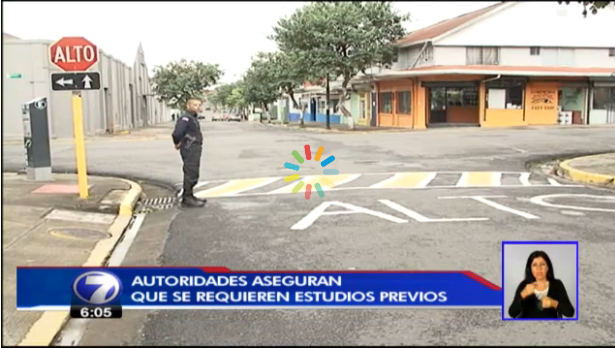 However, neighbours and police say they will not rest until something is done by the MOPT, either improve the intersection with proper road markings, or better yet, a traffic light.