Q COSTA RICA – The second fuel price hike of the year is expected to take effect likely by the weekend. And a third is waiting approval.

Last Friday, January 27, the Autoridad Reguladora de los Servicios Públicos (Aresep) – regulator of public prices and services – approved a price hike of ¢27 colones per litre for super, ¢28 for regular and ¢14 for diesel. The price of natural gas or propane will also increase.

The national refinery, the Refinadora Costarricense de Petroleo (RECOPE) made the request for a price hike on January 13, based on increases in the international price of oil.

The first hike of the year took effect on January 6, when fuel prices at the pumps increase ¢37 colones per litre of super, ¢30 for regular and ¢48 for diesel.

The increase, for example, adds ¢1,215 colones to fill a 45 litre tank with super gasoline.

But wait, there is another increase – a third for the year – around the corner, this time not due to changes in the international price of oil, but, to increases in RECOPE operating costs, mostly to pay for the obligatory benefits granted through collective agreements of its 1,742 employees. 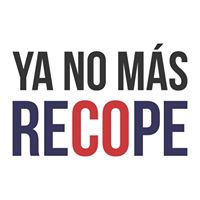 Worse still, the RECOPE could file another fuel price hike as early as next Friday, February 10, being the second Friday of the month used under the current price adjustment methodology. The RECOPE has proposed a change from monthly to a weekly price adjustment, but that may be difficult to do. Read our report here.

In the meantime, the citizen group “Ya no más RECOPE” (No more RECOPE) has called for a public demonstration, requesting the opening of the market. The group is clear it is not calling for a break up of state company, rather the government allow competition in the distribution of fuels in the country.

The group’s Facebook page says the demonstration is for Saturday, February 18, with a gathering in La Sabana park by 9am, on the west side of San Jose and march through Paseo Colon and Avenida Segunda ending on the east side of downtown San Jose, in the Plaza de la Democracia.

QCOSTARICA - For today, Sunday, September 12, there are...
Politics