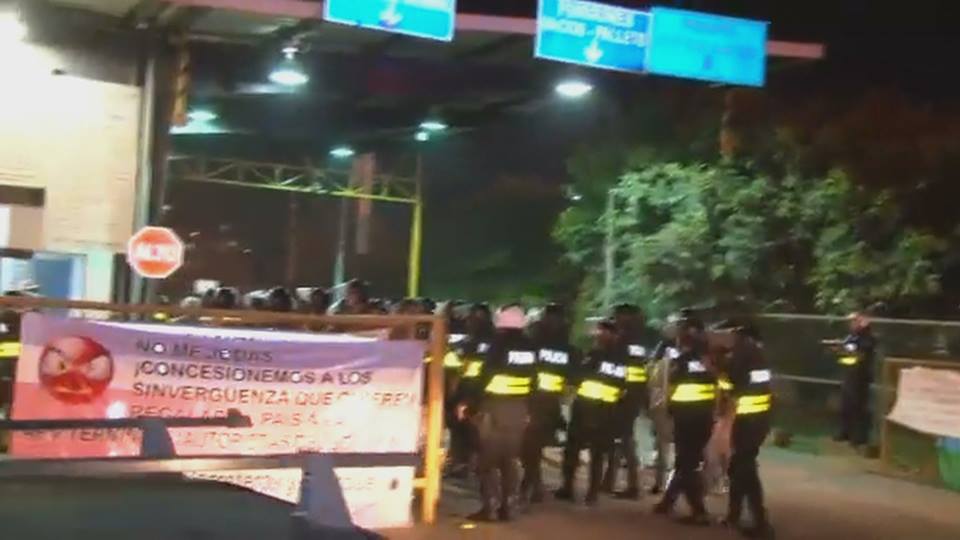 COSTA RICA NEWS — In a decisive and surprise move, the Government retook control of the Moín and Limón ports just 10 hours after the dock workers SINTRAJAP union, launched an indefinite strike against the concession to build a container terminal, and threatened to paralyze shipping.

Unionists closed the docks to protest the concession contract with the Ducth company APM Terminals to build and operate a modern container teminal at Moín. The 33 year contract was last week given the green light by the Supreme Court, dimissing all appeals over the past two years.

While in Siquirres (in the Province of Limón), on a tour of the Reventazón Hydroelectric Project, President Luis Guillermo Solís said at noon that he would not allow the closure of the docks to affect the entiry country and stop arrival and depature of ships.

“When negotations break down, the government has to act accordingly,” the President told the press.

At 5:52pm, some 150 officials of the Fuerza Publica (police) forced open the gates of the port and arrested 68 people during the nine minute police action.

The Ministro de Seguridad Publica (Security Minister) Celso Gamboa said police would remain at the terminals for an indefinite period to keep them open. 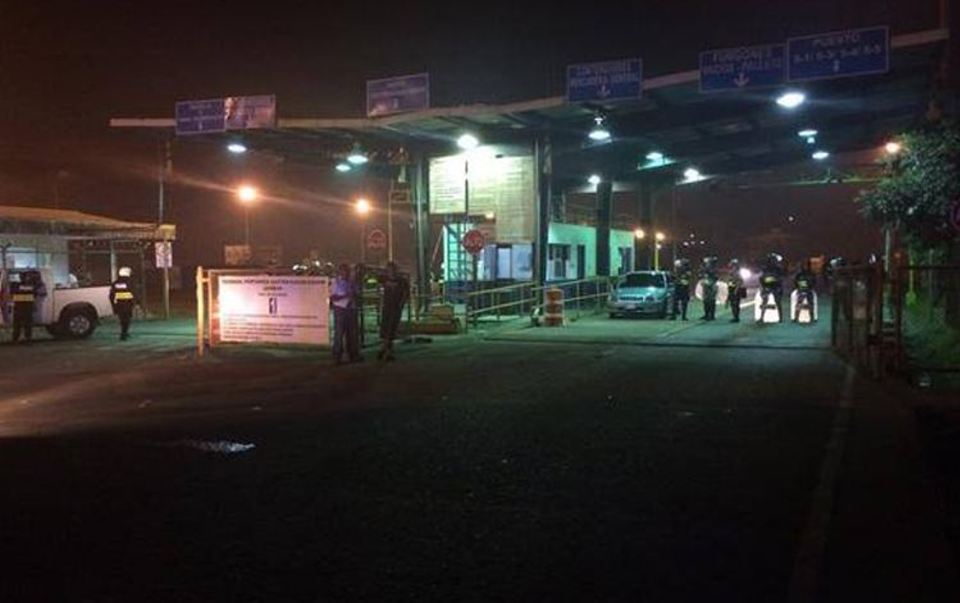 The head of the Sinjatrap union, Ronalod Blear, reacted strongly. “If the governments hits us, we’re goin to hit back. What they (the government) did today was a dirty trick,” he said.

In a statement to the press issued an hour after the police action, Blear said the strike is still on and the government should prepare for charges against it.

While police arrested the striking workers, the president of the Japdeva, Ann Mckinley, explained that private dockworkers with extensive experiencce with Japdeva operations will take the place of strikers.

The executive said that other actions are being prepared, if necessary, insisting that the Limón docks will stay open and operational. 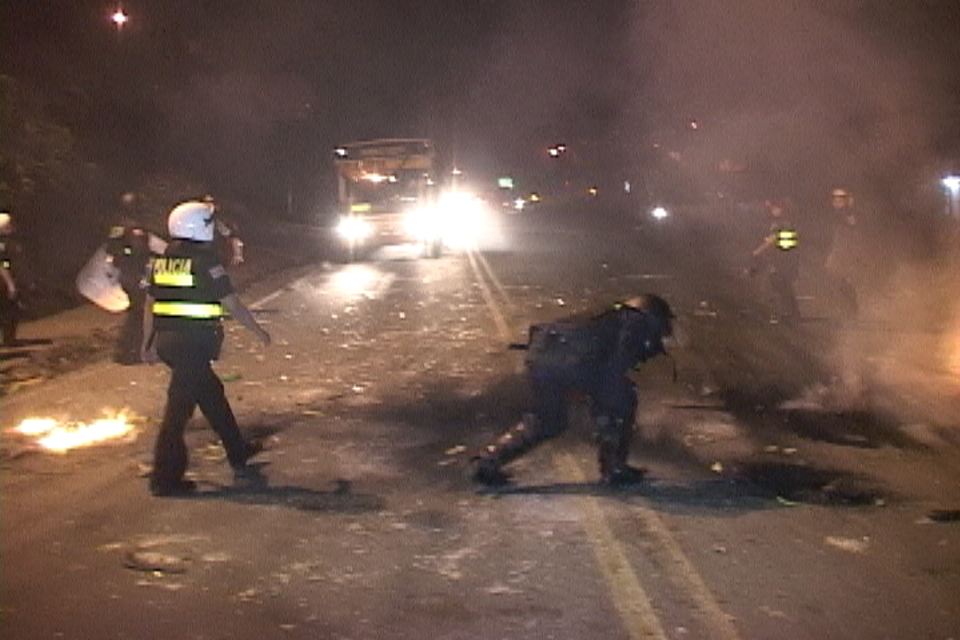 “They are longshoremen who know the process, have experience with the internal workings of the institution (Japdeva), this is not their first strike,” saod McKinley.

At the eye of the storm is the 2012 APM Terminals concession contract that was signed by then President Laura Chinchilla.

On Monday, Blear announced the strike following a meeting with President Solís that same day at Casa Presidencial. The unionists were angered by the fact that the President would not review clause 9.1 of the concession contract, which in their opinion would create a monopoly in favour of APM.

However, Solís assures the contract was reviewed by several courts and passed the “legal filters”, and the agreement has to be respected.

QCOSTARICA - American Airlines announced that starting November 2, 2021, it will offer a direct flight between Austin, Texas and the Daniel Oduber International...
Rico's Digest