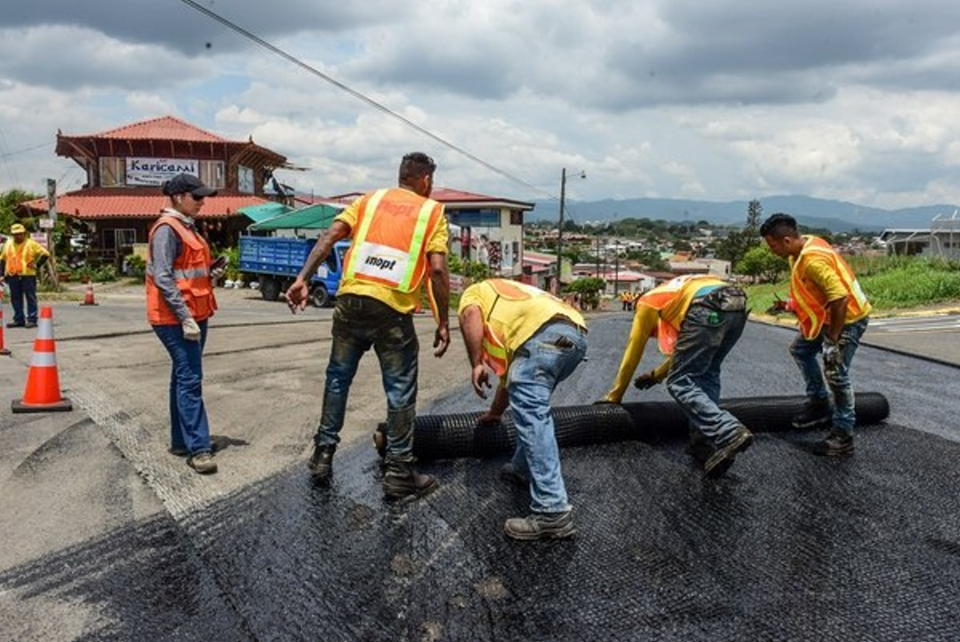 The government of Carlos Alvarado began on Thursday to intervene the first of the “28 bottlenecks” that hinder vehicular circulation in the Greater Metropolitan Area (GAM).

With the presence of the President and the newly appointed Minister of Public Works and Transport (MOPT), Rodolfo Méndez Mata, began the work to asphalt 1.5 kilometers of road that goes from San Blas de Moravia, Guadalupe to La Robert (in the Alto).

The work will take 15 days to complete, at a cost of ¢150 million colones awarded to the Meco construction company, Mendez said once finished they will move on to two more bottlenecks, mainly the La Robert to the center of Sabanilla de Montes de Oca and the third, In Heredia, the enabling a third lane on the road from the Santo Domingo cemetery, the old INBio road to the La Valencia intersection.

The new government with less than two weeks in action appears to be serious in their intention to decongest the routes around the GAM, responding to the petition of many who spend hours daily in traffic to get to and from work.

President Alvarado, on his Twitter account, says that of 60 kilometers of the road network in the most critical sectors of the GAM, will be the focus of the MOPT.

On Monday (May 15), we saw the extension of the bus lanes on the Autopista General Cañas go into effect between La Uruca and Rio Segundo, a total of 10 kilometers, double the original that had been forgotten by many drivers. To that end, six Transitos (traffic officials) are permanently posted, 3 in each direction, to ensure drivers respect the right lane to be used exclusively for buses during weekdays morning and afternoon rush hour.

- Advertisement -
Paying the bills
Previous articleSantos: Venezuela’s Maduro plans to bring in Colombians to vote for him
Next articleThe Most Important Greeting Of All