The initiative would be presented to Congress in February according to the Ministry of Health; Costa Rica's drug cost is among the highest in the region with up to 35% difference between one pharmacy and another

A study by the Ministry of Economy, Industry and Commerce (MEIC) determined that the Costa Rican drug market is oligopolistic because it is concentrated in the hands of a few, who control prices and make it very difficult for others to enter on equal terms.

An example of this is a purchase of a box of 30 tablets of Atorvastatin, a pill that helps reduce the so-called “bad cholesterol” and triglycerides, that is fraught with abysmal price differences, up to 35% between different pharmacies.

The “Estudio del Mercado Privado de Medicamentos a Nivel Detallista en Costa Rica” (Study of the Private Market of Medicinal Products at the Retail Level in Costa Rica) is one that the government is using to promote several legislative bills aimed at reducing the price of medicines and increasing the population’s access to these products. See the study in PDF format here.

Daniel Salas, Minister of Health, confirmed that they are currently working on a bill that they would present to the Legislative Assembly in February.

The intention he said, is “to ensure a drop in prices in the market”.

Salas acknowledged that the cost of medicines in Costa Rican private pharmacies is one of the highest in Latin America and the world.

In Nicaragua, for example, drugs cost 25% of what they are in Costa Rica; and in Honduras half, according to MEIC data.

“The bill seeks a balance between the price of entry into the country (known as CIF), the distribution chain, profit margins and the strengthening of pharmacovigilance (the practice of monitoring the effects of medical drugs after they have been licensed for use).

“It is a bill that is evolving. There is an awareness of the Government of impacting the medication policy and that a decrease in price is really felt so that there is more access,”  explained Salas.

The proposed bill is in addition to several decrees that are in process; among these, one for doctors to prescribe a drug but not a brand, but with the WHO international common denomination, or active substance of the drug.

Another decree would allow parallel imports, that is, placed into circulation are non-counterfeit products imported from another country without the permission of the owner of the intellectual property.

Millions of dollars at stake 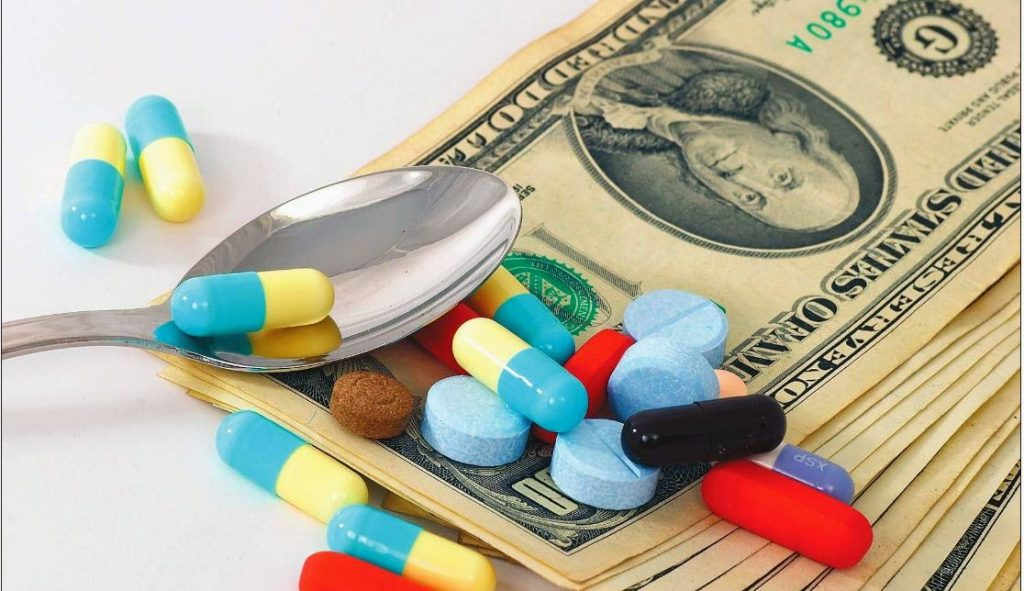 This is not the first time that the government talks about bills to lower the price of drugs in private pharmacies.

Rogelio Pardo Evans, Minister of Health from 1998 to 2002, promoted several actions to achieve that goal, without success, during his four years in the position. Pardo signed, in a single month (August 1998), six decrees to open the market to free competition and stimulate a drop in prices.

Five years ago, the then minister of Health, María Elena López, announced the creation of a drug price monitoring system, which would be fed by consumers from their cell phones.

According to her, this would diminish “the big differences between pharmacies for the same products”. The system had to be developed by the Digital Government, but it did not prosper.

What would be different today, with this proposal?

According to Salas, the decision to carry out this comprehensive strategy is of the highest level.

“(…) in this case, the President (Carlos Alvarado Quesada) and the Minister of the Presidency (Víctor Morales Mora) are very clear that this is what we want to promote,” he told La Nacion.

The private medicine market in Costa Rica is close to US$550 million annually, according to MEIC research.

When the Caja Costarricense de Seguro Social (CCSS) public investment in medicines, the market would easily reach US$1 billion annually.

Household spending is also significant. For 2017, it exceeded ¢190,000 million colones, according to MEIC data. 71% of that expense was made by people in the highest income brackets.

According to Arnoldo Trejos Dobles, director of Investigaciones Económicas y de Mercados, del MEIC, and one of those responsible for reviewing the June 2019 MEIC study, without mentioning names, reported: “that four ‘droguerías’ (responsible for distributing drugs in pharmacies) has 70% of the private market.”

In total, in Costa Rica there 77 laboratories (national and foreign) that produce farmacos (drugs), 221 distributors, and 1,167 private retail pharmacies (independents and chains) in addition to the public pharmacies by the CCSS and the Instituto Nacional de Seguros (INS) – state insurer that runs public hospitals and clinics for its insured.

Prescriptions must include the generic name of the drugs

QCOSTARICA - Every prescription issued by professionals in medicine, dentistry and...
Read more