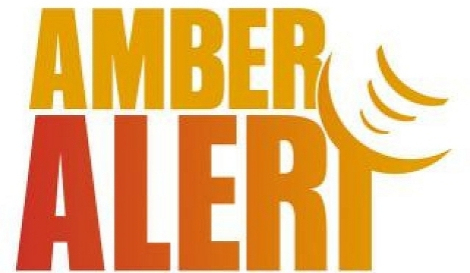 The AMBER Alert Program is a voluntary partnership between law-enforcement agencies, broadcasters, transportation agencies, and the wireless industry, to activate an urgent bulletin in the most serious child-abduction cases. The goal of an AMBER Alert is to instantly galvanize the entire community to assist in the search for and the safe recovery of the child.

At present, there are alert systems working in 11 EU countries: Belgium, the Czech Republic, France, Germany, Greece, Ireland, Italy, the Netherlands, the United Kingdom, Portugal and Romania.  In North America, Canada, the United States and Mexico have the AMBER alert. Also, Australia and Malysia have joined the program.

So far none of the Central American countries has joined.

“Still many countries have yet to join this community, particularly in Central America, despite the fact that this tool is essential to improve the fight against trafficking in persons, with the participation and collaboration of all. We hereby request that you define and implement urgently in Costa Rica, with the participation of public authorities and civil society, efficient protocol AMBER Alert,” says the petition has over 160 signatures (as at August 21 at 8:05am). 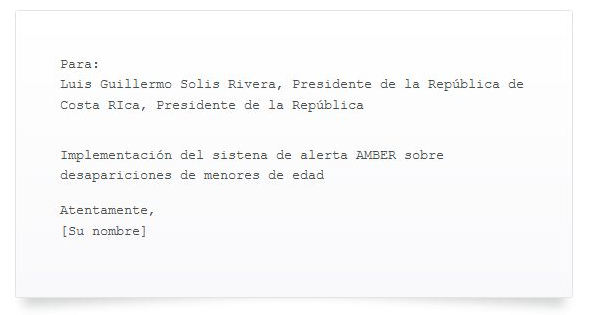 The goal is to collect 2.000 signatures.

On July 11, six year old Yerelin Guzmán, disappered from her home in Santo Domingo de Heredia. Despite intense efforts to located the child near her home, in Costa Rica and international alerts, the child is still missing.

This year along, police have investigated 168 disappearences of children, of which only eight were found, a situation worrisome for authorities, given there were only 63 cases in 2013.

QCOSTARICA - For years, Tilarán has seen the transit of tourists heading towards Lake Arenal, the homonymous volcano and La Fortuna or towards Monteverde. At...
Reports

QCOSTARICA - When CR was so beautiful, healthy, and safe! No motorcycles. No loud cars. No billboards. No traffic. When everyone walked to a pulpería,...
News