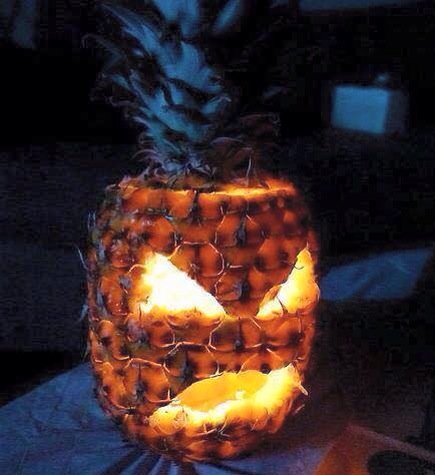 From the MACARONI JOURNAL – This year for some reason I didn’t see pumpkins all around. None at Automercado (though) I was told they had sold out. None at Masxmenos. None at Megasuper. Not even on the fruits stands of the Ruta 27.

So, the post by Michele Simmons on Facebook brought a smile, a genius using a pineapple in place of a pumpkin.

BTW, if you are a Kitkat lover, the only place right now for the “barra de cuatro detos”, as it is called in Spanish, is at Megasuper in Santa Ana. Masxmenos usually carries them, but have been sold out for weeks.