In Cuba, the government guarantees everybody a place to live, but away from the tourist sites, the majority of the houses are in stark disrepair. The empty spaces are often converted into parking lots or playgrounds. 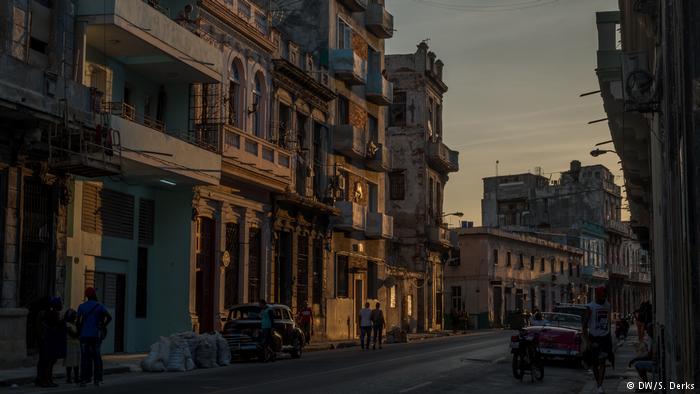 A view of a street in central Havana, showing the reminders of a prosperous colonial past. 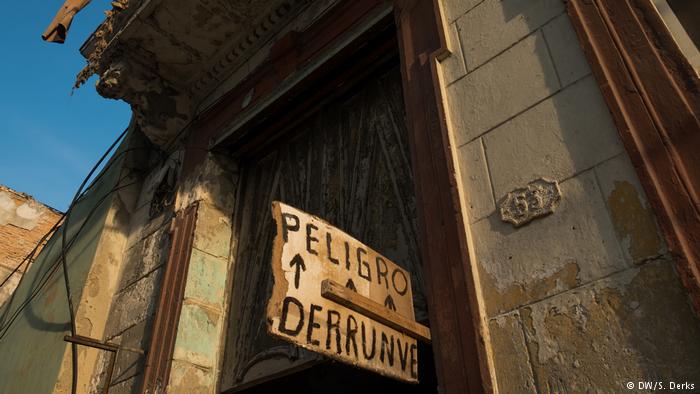 “Danger of collapse”: a sign warns pedestrians walking on the sidewalk below an old house near the Malecon esplanade, which stretches around the seafront in Havana. 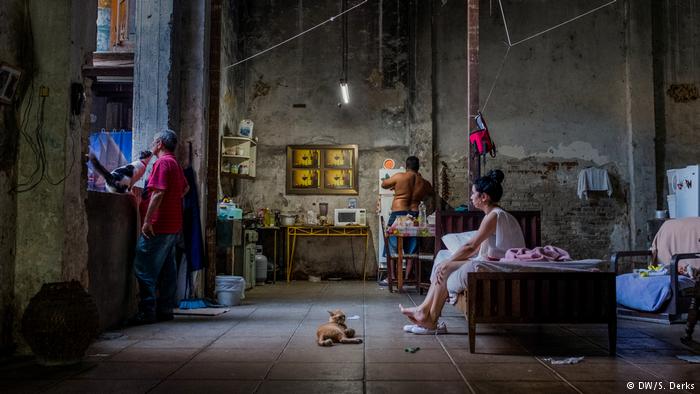 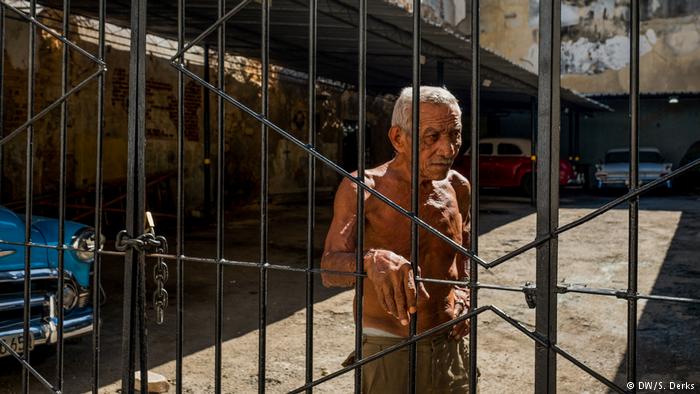 Alcario Labrada Añala, 73, works as a guard at a parking lot. Some of the houses collapsed more than a decade ago. Inhabitants were given an empty room and construction materials to convert it into a living space. To this day, they don’t have property rights. 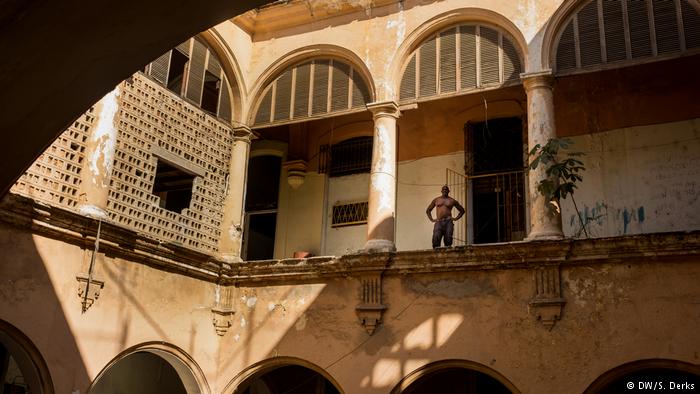 This big colonial building in Havana is in danger of collapsing and has been sold to a neighboring ballet school whose proprietors want to renovate the building. Most of the people in the 52 housing units have been moved to shelters or new houses. Alexis Vell Williams keeps an eye on the house of his aunt to prevent looters from getting in. 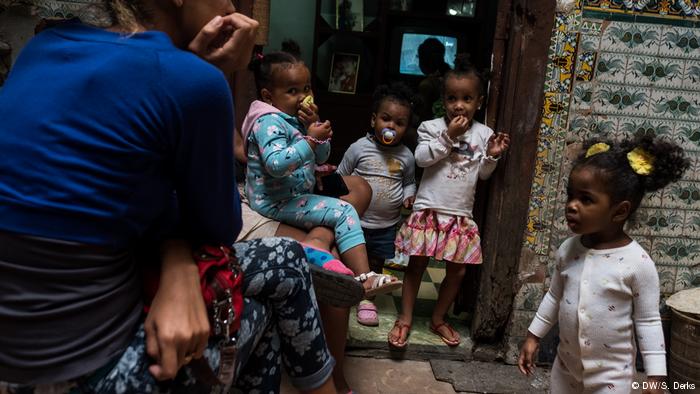 Not everyone is fortunate after a building collapses. On the patio of a shelter downtown, the Alrevez family relates how they’ve lived with four children in a 9 square meter room for the past two years. The children sleep on the floor, while the couple sleeps upstairs on a constructed floor. Some of the families in the shelter have been waiting for a house for more than 13 years. 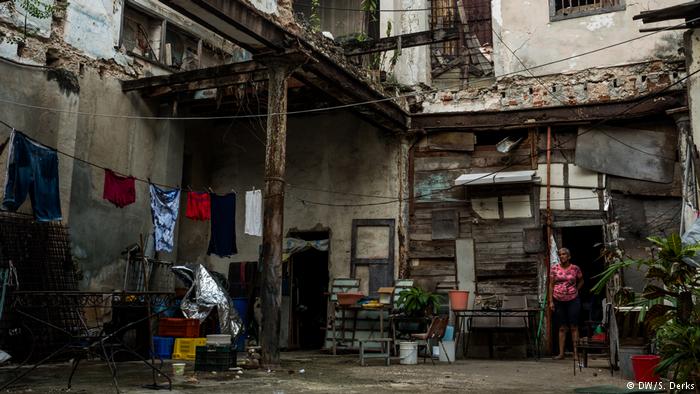 Luisa García’s house started collapsing eight years ago. In the meantime all the other families in the building have moved, but she is still waiting to be evacuated. She lives in the house with her son and husband. The house is almost beyond repair. The roof is leaking and rotten and the house could fall apart at any time. 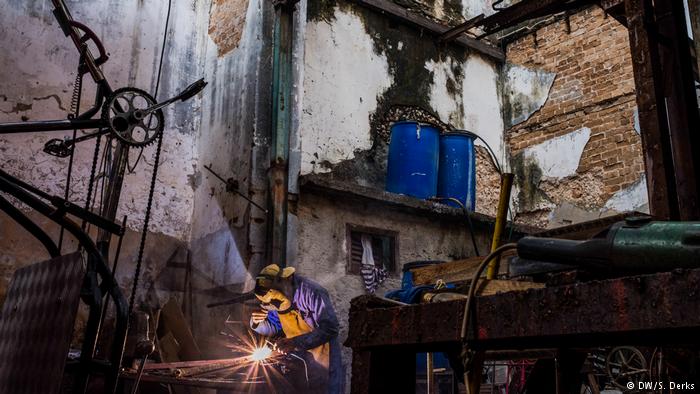 As space is scarce in Havana’s old center, the collapsed spaces are often converted for different purposes. In this building, the space is now being used as an open-air workshop for mechanics.

Caught up in the revolution 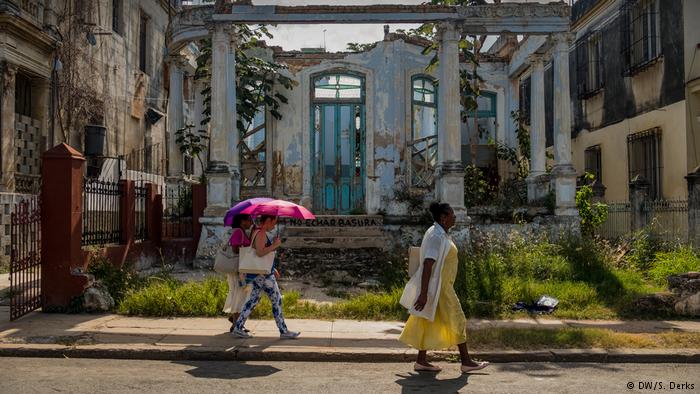 Women walk past the ruins of a house in the Vedado neighborhood in Havana. The large houses were home to wealthy families who were caught up in the revolution that ousted the government in 1959. As opponents of communism, most of them abandoned the houses and fled to Miami.

QCOSTARICA  - The 200 years of the Independence of...
Economy