They are four men and four women, with an age range between 20 and 55 years 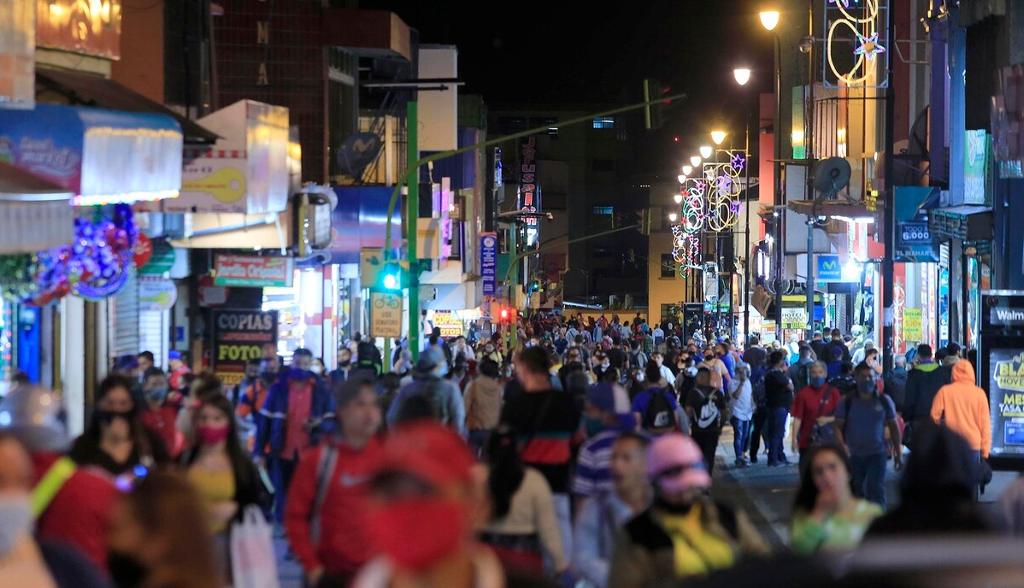 QCOSTARICA – The Ministry of Health reported, this Wednesday, December 30, of eight probable cases of reinfection of the SARS-CoV-2 virus, which causes covid-19 after analyzing 10 people suspected, five are men and five women, aged 19 to 55, one of them died.

The finding was made by the Ministry of Health Covid-19 National Technical Group, made up of the Caja Costarricense de Seguro Social (CCSS), the Costa Rican Institute for Research and Teaching in Nutrition and Health (Inciensa) and the University of Costa Rica (UCR).

In adherence to the surveillance guideline on the definitions of reinfection, the forum determined that eight of the people – four men and four women – fit the term “probable”, after being positive with the real-time PCR technique on two different occasions, and, furthermore, the values ​​of both episodes were comparable since the same or an equivalent methodology was used.

To achieve confirmation, it is necessary to obtain the complete genome information of the SARS-CoV-2 virus from both the first and second samples, in order to determine that both viruses are different according to the provisional guidelines for the detection of second infections. of the Pan American Health Organization (PAHO).

The Ministry of Health stressed that establishing a status of confirmed reinfections is complex due to the limitations to have the genetic sequencing of the respiratory disease in the two episodes.

Health noted in a statement that the most common symptoms that occurred in patients during the first episode of respiratory illness were cough, fever and odynophagia, the medical term for painful swallowing. In the second, they became headache (pain in the head), cough, weakness, odynophagia, and dyspnea, the medical term for shortness of breath, sometimes described as “air hunger.”

The Ministry indicated that the average time between the first and second incident is 107 days. The range was between 46 and 183 days. 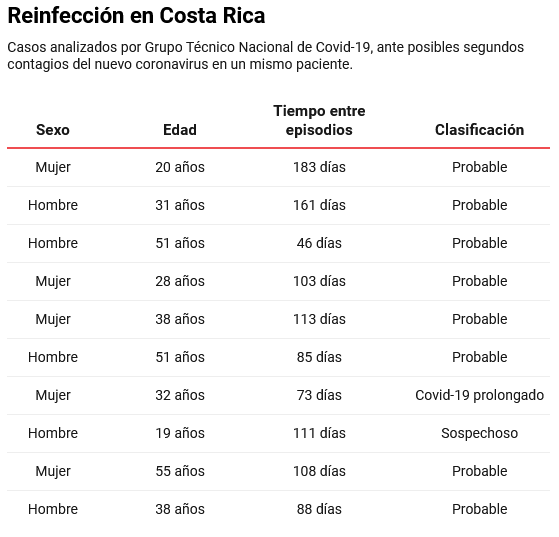 As of December 22, only 31 cases of reinfection among 82.1 million cases had been determined in the world, with scientific evidence. These have been seen in 14 countries: Mexico, Israel, Peru, South Korea, Brazil, Sweden, Spain, the Netherlands, Belgium, Qatar, the United States, India, Ecuador and Hong Kong.

Of these, two people have died.

However, in the world, more than 3,000 possible reinfections are analyzed.

In Costa Rica, Health reported, in a statement, that an analysis by the Technical Group (made up of Health, the Caja Costarricense de Seguro Social (CCSS), the University of Costa Rica (UCR)and Inciensa, found, among 10 analyzes, eight that are classified as probable of reinfection.

Likewise, the average time between the first and the second incident is 107 days, with a range of 46 to 183 days.

How is reinfection determined?

The studies comprise a series of rigorous analyzes involving different types of professionals to refer to both tests.

In general, there are three steps:

The first step is to determine if people had positive PCR or antigen diagnostic test results that confirmed the presence of the SARS-Cov-2 virus on both occasions. This means that it can occur in people who were asymptomatic on either of the two occasions.

In other words, a person who tested positive for COVID-19 in, say, March, has symptoms again three months (or more) later and another test is performed and is positive again.

- Advertisement -
Paying the bills
Previous articleCNE: “If confidentiality in contract with Pfizer is broken, vaccine supply is suspended”
Next articleDollar exchange closes 2020 at ¢615.43, the highest of the year

Many students strive to have high GPAs to showcase...
Health