The people will pick their Alvarado on April 1 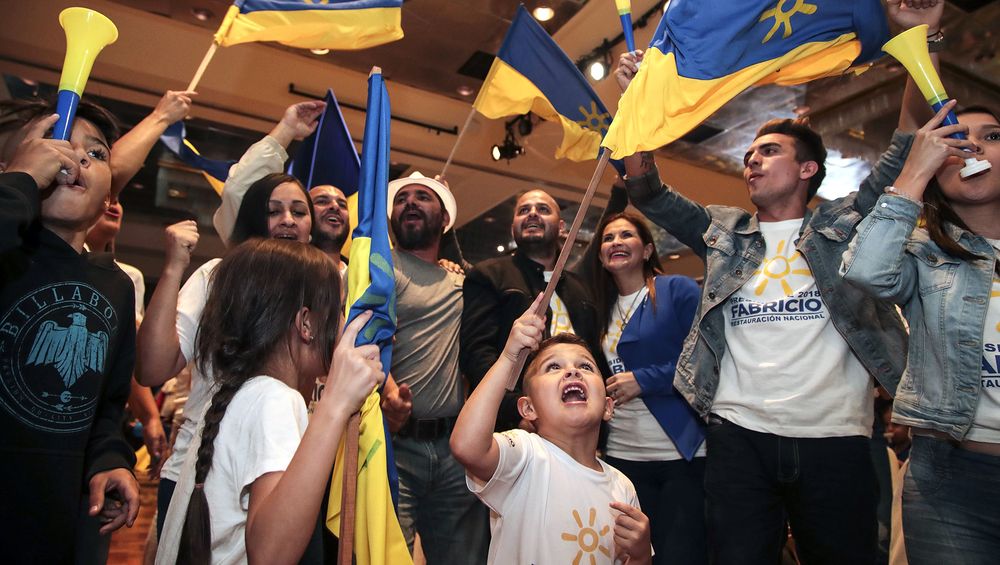 (Bloomberg) Alvarado is going to win next month’s presidential election in Costa Rica. There’s no doubt about it. None. But Alvarado is also going to lose. That’s 100 percent certain, too.

Well, it even took Costa Ricans a while to get their heads around the peculiarities of this campaign: For the first time in 170 years of voting in the Central American country, the two final contenders share the same surname.

“People ask me who I’m voting for, and I say ‘Alvarado,”’ said Mariela Abarca, 28, an entrepreneur in San Jose. “Then they ask me, ‘Which Alvarado?’”

That would be Fabricio, a 43-year-old conservative preacher who made his name in the country as a journalist and writer of evangelical songs. The other Alvarado is Carlos, a 38-year-old novelist and former rock ‘n’ roll singer who leans more to the left. They’ve clashed on issues ranging from abortion to the privatization of power utilities.

Policies aside, people shouldn’t have trouble differentiating when they show up to vote. The colors and flags of the candidates’ respective parties will be printed on ballots, along with the fellows’ photographs. Sure, there are similarities, but really, they don’t look that much alike.

Alvarado, by the way, isn’t that ordinary a name in Costa Rica. It’s the 14th-most-common, according to the website Forebears, shared by only about 1 percent of the population. (Rodriguez and Vargas, for those wondering, hold the top two spots.)

Genealogist Mauricio Melendez took the trouble to trace the candidates’ family trees and concluded they both descend from a woman named Maria Alvarado who lived in Costa Rica at the end of the 18th century. It’s 80 percent probable that they are distant cousins, Melendez said.

So, which one will it be? The latest polls point to Fabricio, who’s racked up a 10-point lead over Carlos. The people will pick their Alvarado on April 1.