COSTA RICA NEWS – Homicides dropped again in the first half of this year over the equal period of last year, some 29 fewer. Still, police would like to see it lower — there were 165 persons killed this year compared with 194 from January to June of 2013. 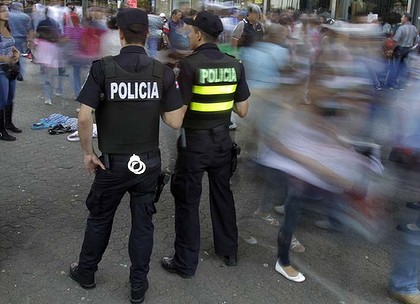 Half of these violent crimes naturally occurred in high population density zones: 27 in San Jose, 15 in Limon, 1 in Alajuela, 10 in Pococi, nine in Desamparados and seven in Puntarenas. This adds up to 80 in these areas with populous San Jose canton accounting for 16% of the total.

But in human terms, the individual cases are chilling. La Nacion led off its story on the death toll with the case of January 13, where a courting couple were found in shallow graves with gunshot wounds to the head and knife slashes to the body. (The culprit turned himself in and told cops that he had robbed them of a camera.)

Another sad case turned up two bodies of girls, 15 and 16 years old, in a vacant in a San Sebastian (San Jose canton) lot with bullet wounds. But although these cases are horrible to read, they are better than in other Central American countries where gangs run rampant and even threaten police.