CENTRAL AMERICA NEWS – Honduran authorities have detained a mayor who allegedly led a criminal organization dedicated to drug trafficking and hired killings, in a case highlighting just how blurred the lines between corrupt officials and organized crime have become in Honduras. 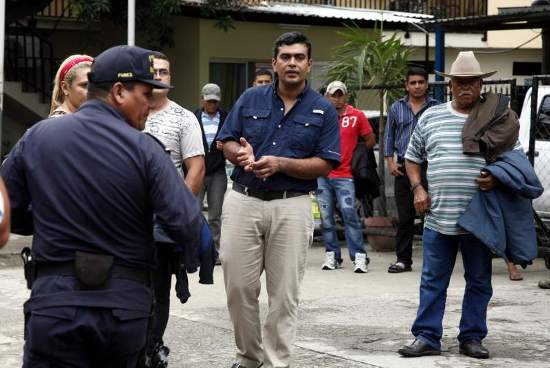 During the operation, police raided nine properties and seized 10 others allegedly belonging to a criminal group led by the mayor and his two brothers. Urbina’s brothers, a Mexican man responsible for organizing rooster fights on Urbina’s property, and two other employees were also detained,reported El Heraldo.

The authorities have accused the Urbina Soto criminal organization of drug trafficking, hired assassinations, providing security to narco-planes and land theft. They believe it consists of some 37 members responsible for 137 deaths and 45 disappearances, according to El Heraldo.

The Yoro mayor’s group likely worked at the service of one or more larger drug trafficking organizations, providing them protection, facilitating their drug shipments and settling their scores.

Such local transport groups in Honduras have operated moving shipments for Mexican drug cartels since around the turn of the century, and have grown increasingly prominent in recent years as Honduras has become a favored transit point for traffickers moving Colombian cocaine north. The growing presence of these transnational groups has in turn facilitated the growth of local organized crime.

The idea that a local mayor ran his own criminal network indicates the depths to which organized crime has penetrated Honduran institutions. Honduras’ police force, particularly, is thought to be heavily linked to criminal activity, and the country’s political elite has allegedly helped facilitate the activities of powerful drug trafficking groups.

It is notable that the mayor would put himself at the helm of such an organization — while throughout the region mayors have worked closely with narcos, being a publically known politician seems like a dangerous strategy for a gang leader. Urbina’s willingness to do so may speak to a high perception of immunity among Honduran officials.

Today, Tuesday, June 15, vehicles with plates ending 3 & 4 CANNOT circulate The measure is countrywide and applied between 5:00 am and 9:00 pm,...
Business

HQ - The appearance of pests and diseases, in particular the 'dragón amarillo' (yellow dragon), the impact of the weather and a sharp drop...
Infrastructure