How crypto has created Neo converts to Neo currency? 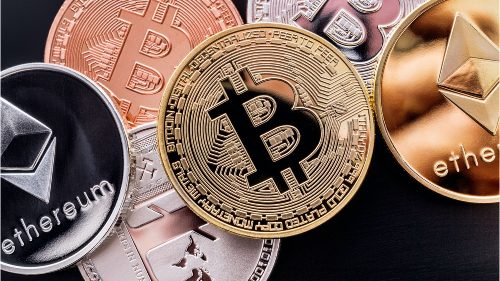 Many countries have come forward in support of this investment model, Read More. A huge number of online platforms including shopping, gaming, merchandise, and automobile today accepts cryptocurrencies in exchange for their goods and services. Cryptocurrencies have exhibited an incredible growth journey in the past 10 years.

What is NEO Currency?

NEO currency comes as a relief while many countries are increasingly worried about the volume of crypto transactions.

NEO became popular in 2017 after it’s rebranded to the new name. This particular currency was first launched in 20164 using the name Antshares. This cryptocurrency is designed to support the creation of smart contracts and other digital assets including decentralized applications. The platform is similar to that of the Ethereum platform.

How is the NEO platform designed?

NEO develops and runs on the concept of a Smart Economy. This means there are digital assets, smart contracts, and digital identities created for a user. All three components combined allow for developing a smart economy. The main aim of the NEO platform is to design and enable the execution of smart contracts. Any digital asset can be easily built through the NEP platform. This platform is user-friendly, transparent, and reliable.

As NEO users, investors are allowed to buy, sell, trade, and record details of any digital asset on this platform. Additionally, users can also link their physical assets to a digital form that is equivalent in value. Any asset that is recorded on this platform has a digital identity and is completely protected by the law as well.

NEO platform today can support two types of coins – NEO and GAS. The platform is also compatible to support a large number of developments using multiple programming languages including Java, C#, Python, and Kotlin as well. Developers from across the globe are currently contributing their major share of inputs to this platform.

NEO has a clear cut approach to maintain compliance standards

Unlike other cryptocurrencies in the market, NEO has its prime focus and attention on compliance framework. Every individual, institution, or any operating entity at approaches NEO for account creation has a digital identity. This digital identity is easily verifiable and allows to trace back to users. Every NEO user registered in the network can transact amongst peers provided the other person also has a registered identity.

How to buy a NEO cryptocurrency?

Now that we have got an understanding of this investment model, let us also look at options to understand how to buy a NEO currency.

If you are interested in trading your NEO, then the best here would be to use the eToro platform. This is safe and provides secured transactions.

Additionally, you can also buy NEO tokens using your credit cards. This is much simpler and findings can be easily made through a various range of fiat currencies including USD, EUR, AUD, or even RUB. If you are looking for a cheap option to buy a NEO token then your option will be to buy a Bitcoin using the funds that you have. Once the purchase is completed, you may go ahead and exchange this coin for a NEO token. Once the coins are credited to your wallet, your transaction is completed.

QCOSTARICA The Bishops of the Episcopal Conference of Costa...
Infrastructure