How Hugo Chávez’s Former Bodyguard became a Billionaire in Florida

They lived in total opulence while Venezuela plunged into misery. Alejandro Andrade, 54, went from being the bodyguard of former President Hugo Chávez and National Treasurer of Venezuela to becoming a multimillionaire in Florida, until he was arrested by the United States Department of Justice.

Surrounded by luxuries. Exhibition horses, jets, trips to Europe, and living in a mansion, the Andrade family amazed their neighbors when they looked over the fence and realized the opulence in which they lived.

Andrade was sentenced to 10 years in prison Tuesday by a U.S. judge for his central role in a US$1 billion bribery and money-laundering scheme that enabled him to acquire luxury real estate and other assets in South Florida.

The former Treasuer sold access to the Venezuelan government’s lucrative foreign-currency exchanges both before and after Chávez’s death in 2013. He enriched himself and an elite circle of other senior officials and a prominent businessman, according to court records.

According to the Miami Herald, “U.S. District Judge Robin Rosenberg imposed the maximum sentence for Andrade’s money-laundering conspiracy conviction in West Palm Beach federal court, rejecting a proposal by his defense attorneys to give him seven years in prison for accepting responsibility for his crime in a plea deal.”

Court records reveal Rosenberg did not impose a fine because Andrade has no money to pay one. He was allowed to surrender to prison on Feb. 25 instead of immediately because he has been assisting federal authorities in the massive corruption and money-laundering investigation.

Andrade apologized to the judge, his family and the Venezuelan people for his crime. He described how he became involved in a “movement” led by Chávez that he believed would benefit his country. Soon, however, he that he betrayed the public’s trust as the top financial official in Venezuela’s government from 2007 to 2010 before moving with his family to South Florida in 2014. 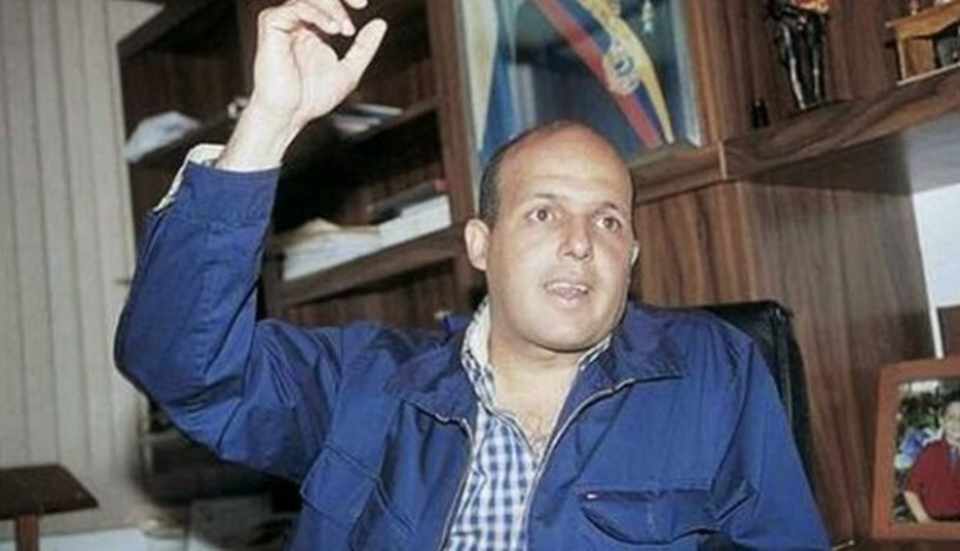 “I made some very bad choices when I was treasurer, and for that I am very sorry from the bottom of my heart,” said Andrade. “To this day, I am convinced the decision I made [to cooperate] is the right one.”

At Tuesday’s sentencing, federal prosecutor Vanessa Snyder said Andrade conspired with three other key players in the money-laundering ring by giving them access to the Venezuelan government’s favorable dollar-to-bolivar currency exchange. Snyder said the scheme generated about US$2.4 billion in illicit profits for Andrade’s three co-conspirators and they agreed to share half of their money with Andrade while keeping it in European and U.S. banks.

“Mr. Andrade abused the trust of the people of Venezuela,” Snyder said, describing how his crime contributed to the longstanding economic crisis in the South American country. “The amount of money he agreed to receive was staggering.”

Andrade, who pleaded guilty to a money-laundering conspiracy charge last December, has provided insider information to Snyder and fellow prosecutor Michael Nadler to assist them in building a sprawling criminal case against some of Venezuela’s richest people. Among them: TV network tycoon Raúl Gorrín, 50, who was indicted last Monday, one day before the case against Andrade was unsealed in federal court in West Palm Beach.

The South Florida probe of Andrade was first reported by the Miami Herald and el Nuevo Herald in March.

Andrade, Gorrín and other associates in Venezuela’s government, banking and business sectors are accused of enriching themselves, concealing their staggering profits in European and U.S. bank accounts and investments. According to the Gorrin indictment, Andrade used his official position to give Gorrín access to the government’s preferred exchange rates to maximize profits on currency transactions. The funds to fuel the scheme were generated by the Venezuela’s national treasury’s issuance of bonds.

- Advertisement -
Paying the bills
Previous articleWhat could be expected with the exchange rate in the coming weeks?
Next articleLighting of Children’s Museum Saturday Night

QCOSTARICA - Compared with other countries in the region...
Trends