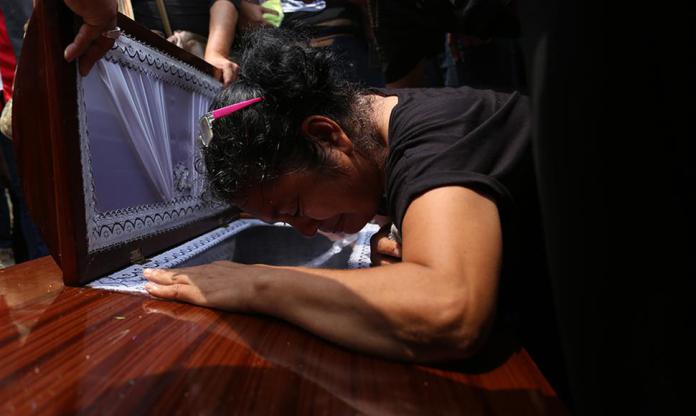 MANAGUA – The Inter-American Commission on Human Rights (IACHR) on Monday condemned Nicaragua’s response to weeks of protests against President Daniel Ortega, criticising a crackdown that resulted in rights abuses including torture and possibly even murder.

The IACHR charged on Monday that the material it obtained during its recent fieldwork in Nicaragua shows evidence of “grave violations of human rights” and 76 deaths during the past month of protests.

In a preliminary report of its findings, the IACHR said that since April 18, it had documented at least 76 people killed, and 868 injured, after protests broke out over discontent with a new law that raised worker and employer social security contributions while cutting benefits.

“The IACHR gathered documentary and audiovisual evidence, and heard hundreds of testimonies that reveal grave violations of human rights during a month of protests, characterized by the excessive use of force by state security forces and armed third parties,” commissioner Antonia Urrejola said regarding Nicaragua.

Urrejola said that the result of the use of force. “This resulted in dozens of deaths and hundreds of people injured, illegal and arbitrary detentions, torture, cruel inhuman and degrading treatment, censure and attacks against the press, and other forms of intimidation.”

The report also said that “there could have been extrajudicial executions.”

Nicaragua “must urgently adopt measures to guarantee the free and full rights of freedom of expression, peaceful gathering and political participation,” the IACHR said, and it urged Managua to adopt 15 recommendations, including investigating human rights abuses and prosecuting those responsible for them.

The IACHR also asked that information on people treated for injuries at hospitals be systematized and all international instruments on human rights and openness to international monitoring be implemented.

The protests mark the most sustained crisis of Ortega’s 11-years in power, and the IACHR’s findings heighten international pressure on the former leftist guerrilla, who has delivered steady growth, despite criticism he has turned the poor Central American nation into a family dictatorship.

Nicaraguan officials are currently in talks with students and business leaders to resolve weeks of tension with the increasingly unpopular Ortega.

At the talks last week, the president was berated by students, who accused him of destroying the country.

- Advertisement -
Paying the bills
Previous articleWhy No one Washes a Rental Car
Next articleHow Will Colombia’s Next President Fight Organized Crime?