Human Trafficking of Chinese Citizens Is Big Business in Argentina

(Q24N) A new report sheds light on the phenomenon of human trafficking involving Chinese citizens in Argentina, highlighting some of the factors underlying this illicit business.

An investigation broadcast on September 18 by the television news program Periodismo Para Todos delved into the issue of Chinese victims of human trafficking in Argentina.

According to the report, an estimated 80 percent of the country’s Chinese population entered the country illegally, in many cases as part of human trafficking schemes.

A summary of the report by La Gaceta Salta stated that most Chinese migrants entering Argentina cross into the country through the provinces of Misiones, on the border with Brazil, or through Salta, which borders Bolivia to the north and Chile to the west. 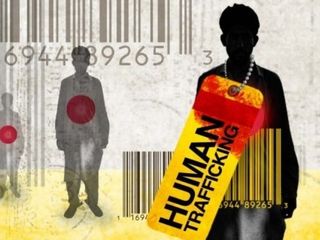 Periodismo Para Todos reported that official statistics in recent years show a doubling of the number of Chinese encountered by Argentine authorities without proper immigation documentation.

The television program’s investigation indicated that the majority of Chinese immigrants to Argentina come from situations of extreme poverty, and reportedly pay smuggling groups up to $6,000 dollars to be brought into the country. Many subsequently fall victim to human traffickers who exploit them for forced labor or sexual slavery.

According to El Diario de Madryn, the typical stories of Chinese trafficking victims in Argentina mirror those of victims from other countries like Paraguay, Bolivia, Brazil and the Dominican Republic. Many victims come from situations of economic hardship, and are seduced by traffickers with promises of well-paid work in the destination country. Once they arrive, however, traffickers often trap and exploit them, most commonly in forced labor and prostitution.

There are several factors that play a role in the apparent increase in human trafficking in Argentina involving Chinese citizens. One factor is China’s slowing economic growth, which could be contributing to increasing unemployment in the Asian nation. Moreover, even those who can find work are often confronted with exploitative conditions that may push them to seek opportunities outside their home country.

For poor Chinese who cannot afford the costs of regular migration, criminal organizations appear to have stepped into the void. Human trafficking is one of the most lucrative illicit industries on the planet, which no doubt adds to its appeal for crime groups. And the “Chinese Mafia” is well-established in South America; InSight Crime reported in 2014 on the involvement of Chinese crime networks in human smuggling activities.

However, the Argentine government does appear to be stepping up efforts to dismantle these criminal strucutres. In June 2016, authorities in Argentina cooperated with Chinese counterparts to arrest 40 suspected members of one such mafia group.

Woman used dress as a mask to buy ice cream

QCOSTARICA - With presidential elections around the corner, on...
Coronavirus