QCOSTARICA – Hundreds of animal advocates marched Sunday through the streets of San José to demand passage of the law that punishes animal abuse, in what they called the “Protesta de la Muerte” (Protest of Death).

Many came with their pets and dressed in black.

The march began at the Leon Cortes statue, on the east side of the La Sabana park, moved along Paseo Colon and ended at the Parque Central, in the heart of downtown San José.

One of the organizers, Sugey Poveda, said that there are too many cases of animal abuse and “the people just can’t take it anymore”.

Poveda added that they will daily pressure the Legislature to push for passage of the bill.

Next Sunday there will be a march in Santa Ana, west of San José. 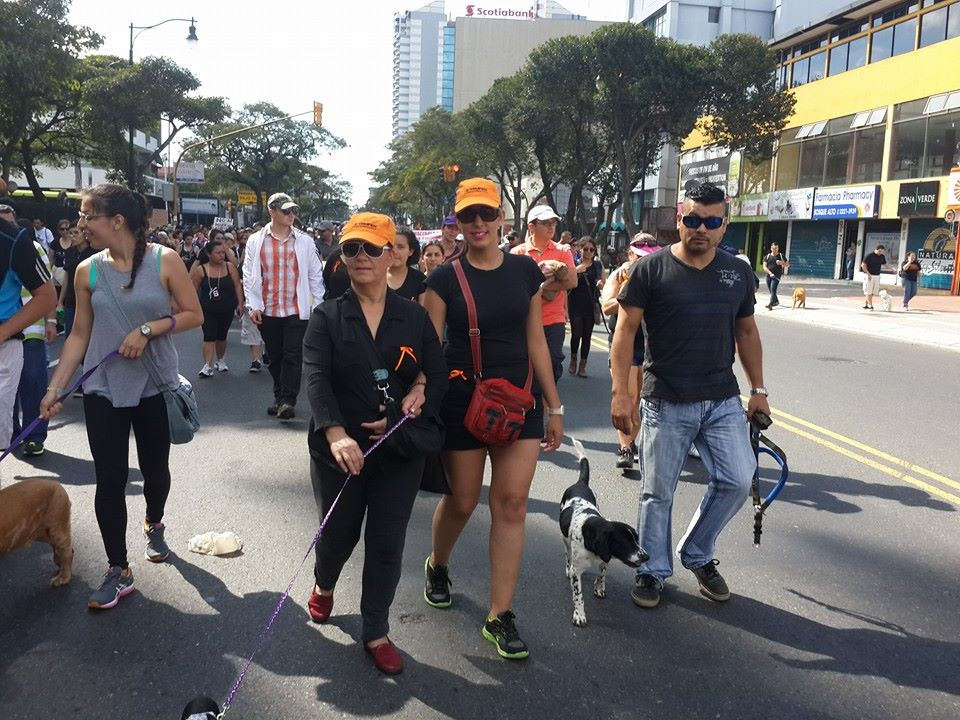 The bill, proposed by former legislator for the Partido Accesibilidad Sin Exclusión (PASE), Rita Chaves, calls for one to three years prison to anyone who causes the death of animal, indiscriminately or without legal justification

Q24N - Conditions are deteriorating in a camp on...
Uruguay