Abelardo Morales Gamboa, Costa Rican sociologist believes that if the political problem in Nicaragua is not solved, not only will the conflict be maintained, but "there could be a risk that it creates instability in the rest of Central America" 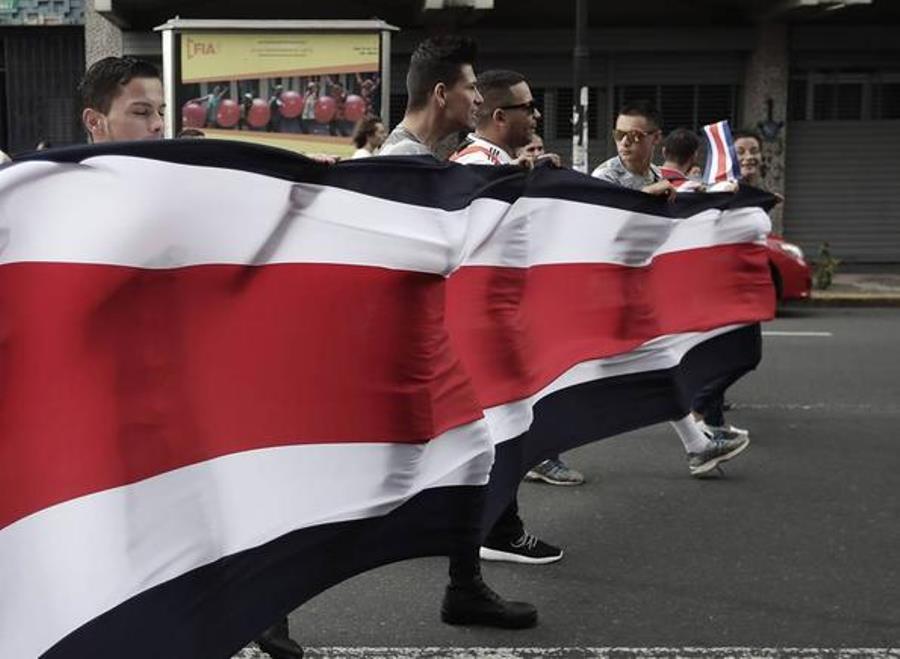 The recent xenophobic attack against Nicaraguan refugees in Costa Rica is an expression of “ignorance”, “fanaticism” and “a very misunderstood form of what is patriotism and nationalism,” says Costa Rican sociologist Abelardo Morales, who specializes in migration issues, borders, and social development.

For Morales, a professor at the Universidad Nacional de Costa Rica (UNA), the xenophobic demonstration in La Merced park in downtown San Jose on Saturday, where 44 people were arrested, is a symptom of a “discontent with the Costa Rican social system that is negatively channeled by some sectors against the Nicaraguans”.

Morales warns that the refusal of the Government of Nicaragua to seek a dialogue solution to the socio-political crisis could provoke “an uncontrolled exit of Nicaraguans”.

If the political problem in Nicaragua is not solved, not only will the conflict be maintained, but “there could be a risk that it creates instability in the rest of Central America” Costa Rican sociologist Abelardo Morales Gamboa

Costa Rica is home to a significant percentage of people born in Nicaragua, practically since the war against Somoza. After the 1990s, that population increased significantly. Between 2005 and 2006 migration tended to decrease, which coincided with the arrival of Daniel Ortega to power.

That decrease was oscillating thereafter, but it is clear that in recent years there has been a significant increase, and that is having a strong impact on the opinion that Costa Ricans have about the arrival of Nicaraguans.

According to Morales, we must take into account that Costa Rica has been experiencing a series of complex political, economic and social processes, the (presidential) elections showed a certain political-religious polarization that has created an atmosphere of much discussion and much confrontation of an ideological nature.

“I believe that one of the elements that has strongly hit the perception of some groups that are not very tolerant and fanatical was that some criminal acts occurred in which some Nicaraguans were involved, such as the murder and rape of a tourist in El Tortuguero. All this gave rise to some groups began to generate information, often false, about a crime wave in which Nicaraguans were involved.” explained the sociologist.

The Tortuguero incident and false or misleading information circulating in the social media has provoked a certain xenophobic reaction, which, according to Morales, has more to do with a wider discontent of a large part of the population of Costa Rica about the situation in Nicaragua and with the Government currently in power (in Nicaragua).

There is also the idea that the Nicaraguan conflict may move to Costa Rica.

A comment on the Facebook page that incites the fear and xenophobia suggested that Costa Rica require of all visitors, as a condition of entry, a police record. The comment was focused on Nicaraguan arrivals, though it was not spelled out. The poster wrote, “if we are required to obtain an ‘hoja de delinquencia’ (police record) to get a job, why shouldn’t visitors be required to do the same?”

Perhaps even more disturbing is this, that same group claiming ‘it was worth the effort (of the demonstration)” on the police action Monday morning to evict families from a “tugurio” (shantytown) in Heredia. The truth is that the eviction is part of the government’s running plan to clear the path of the construction of the northern section of the Circunvalacion,

The social media groups have also been very active in “thruthalyzing” a number of myths about Nicaraguan migrants.

It is very important to identify which groups were involved in the xenophobic manifestations. Morales explains that in the Saturday demonstrations they were some organizations that, it is supposed, have authoritarian profiles and that in turn summon a series of groups conformed by the brave barras (hooligans) of soccer, elements that are known that they are violent groups, even with criminal antecedents, and other groups of urban subcultures, without own identity and sometimes groups that would say rather “misfits”, to some extent very vulnerable to xenophobic discourses.

Though there is not much evidence that the conflict in Nicaragua could spill to Costa Rica, one of the difficulties of the Costa Rica government is to control the people entering. The concern is that people who have been involved in paramilitary groups, harassing, persecuting, even murdering protesters, may come to Costa Rica.

This fear is fueled by social media accounts of an organized effort by the Ortega-Murillo administration to send (order) these people to Costa Rica to creater social disorder, leading many to believe that the Nicaraguan conflict could be extended south.

“We know that the Nicaraguan state will not attack Costa Rica, but there is no control over these para-political organizations that have been linked to the acts of violence. It is a fear that several population groups have been externalizing,” says Morales.

On Sunday night, President Carlos Alvarado’s message on national television was clear that the government’s position is one oriented of not allowing violence against foreigners.

The reality is that xenophobic manifestations will continue to occur, in fact in social networks there are still people inflamed and this has to do to a large extent with an irrational attitude.

“There is a lot of ignorance, there is fanaticism around a very poorly understood form of what is the patriotism and nationalism,” says Morales.

“I believe that the answers to this should be, in the first place, a firm and clear attitude of the Government (of Costa Rica) in relation to how to manage and how to resolve the demands posed by the migratory situation that is experiencing with the arrival of more Nicaraguan population. Also, actions of control and rejection of the public demonstrations of these xenophobic groups. The other is the coordinated action of various organizations of civil society, institutions and the Costa Rican population that is against this type of demonstrations,” says the sociologist.

A little over a year ago, my wife and...
San Jose