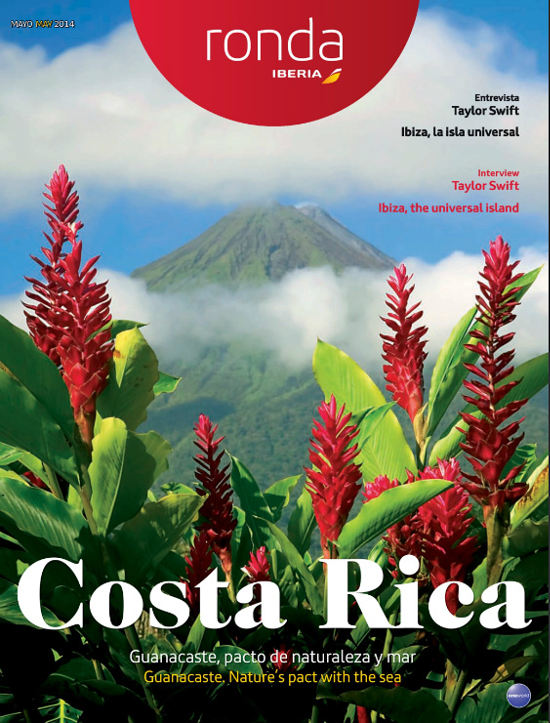 Ronda Iberia, the inflight magazine of Spain’s Iberia Airlines has devoted the May issue – distributed in all national and international flights – to Costa Rica and in particular the province of Guanacaste. 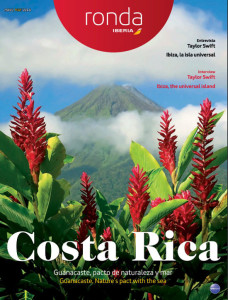 According to the airline, the magazine has a circulation of some 1.5 million to its passengers on Iberia, Iberia Express, Iberia Regional – Air Nostrum.

Ronda magazine targets men, aged between 25 to 44 years old, married, with children (2.2 on average), from high and upper medium social class and have a university degree, men that at work, are decision makers.

“The magazine reaches and important audience for us, not only the Spanish but other travellers from Europe, and that is good positioning for the country”, said Tatiana Cascante, executive director of Costa Rica’s Cámara Nacional de Turismo (Canatur).

Viviana Rudín, head of promotions at the Instituto Costarricense de Turismo (ICT) – tourism board – shares the same opinion. “Such publications will positions us in the European market which has shown a significant growth in the past year, specifically Spain.”

A year ago, Iberia added to its fleet an Airbus 330, with the call letters EC-LUK, which is christened “Costa Rica” to promote its flights to the country in all Spanish airports.

charges and the options selected.

Click on image for screen capture of above fare quote.