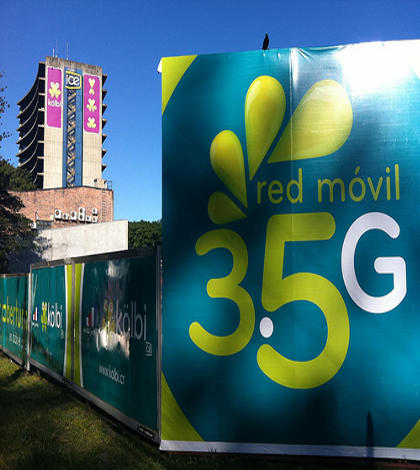 Since the arrival of private operators Claro and Movistar in December 2011, there has been a push to allow users to switch between operators without having to lose their number, numbers that many have had for more than a decade.

The Superintendencia de Telecomunicaciones (SUTEL) – government regulator –  has contracted the the Spanish company, El Corte Inglés, and set a deadline for June to install and maintain the cell number portability service in the country.

However, ICE – operating under the “Kolbi” brand – feels the process of awarding the contract to the Spanish company is illegal, alleging that none of the bidders complied with the requisites.

Another point being argued by ICE officials, is that El Corte Ingles moditied its bid after it was submitted and that is an incorrect procedure and to the detriment of other bidders.

Yet another point on ICE’s list of points to fustigate the process is that under the current regulation a user cannot stop the process of changeover. On this point, the state carrier feels it “unconstitutional” to not allow a user the right to change his or her mind after initiating the process. ICE officials argue that users, who decide on a change, should have the ability to rescind the order if they receive a better offer from their current operator.

ICE has in the past stalled the process of free market telecommunications in the country, delaying the arrival of competing operators and now by stalling number portability, it maintains an advantage by blocking the majority of cell phone users to switch to the competition and lose their number.

Whether the stall tactics have been good business on the part of ICE or truly in the best interest of its users, is debatable.

The SUTEL has said number portability will take place, though it is unclear if it will be June of this year or not.