If you carry 3 people in your car, you can drive during San Jose restriction without being sanctioned 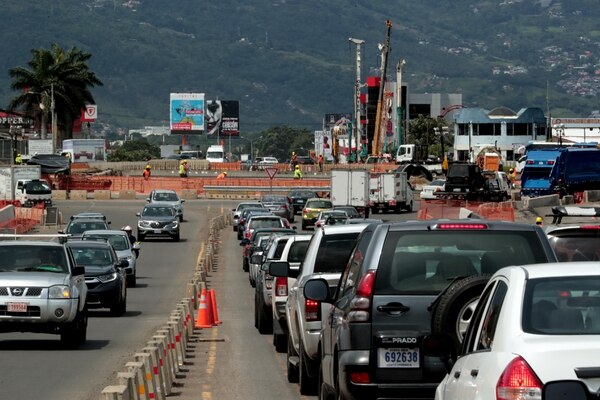 A driver will not be sanctioned during the vehicular restriction day for the vehicle if carrying at least 4 people (including the driver).

Facing growing congestion in the San Jose metropolitan area, Transit authorities remind drivers that loading up on vehicular restriction means the vehicle can circulate the restricted area between 6 am and 8 am and 4:30 pm and 7:00 pm without being sanctioned.

The beginning of the 2020 school next Monday, February 10, and the continuing and new road improvement works are expected to generate a significant increase in the number of vehicles on the road. And with that more added congestion.

Taking advantage of giving co-workers and friends and neighbors with similar or identical destinations can alleviate congestion.

Important to note that, inside the restricted area, there must be at least 4 passengers (including the driver) at all times.

The deputy director de la Policía de Tránsito, Alberto Barquero, explained that if the driver lets off one or more of the passengers (or room to pick up) inside the restricted area, they will be exposed to the ¢23.415 fine.

The idea is that, at least while in the restricted area, the car has at least 4 people at all times to avoid being sanctioned.

In addition to the usual bottleneck area during morning and afternoon weekdays, expect congestion in areas like La Uruca with the start of the Circunvalación Norte overpass, the Garantias Socials tunnel, the overpass in Guadalupe and the rotonda La Bandera.

QCOSTARICA - Among the many anguishes that the pandemic...