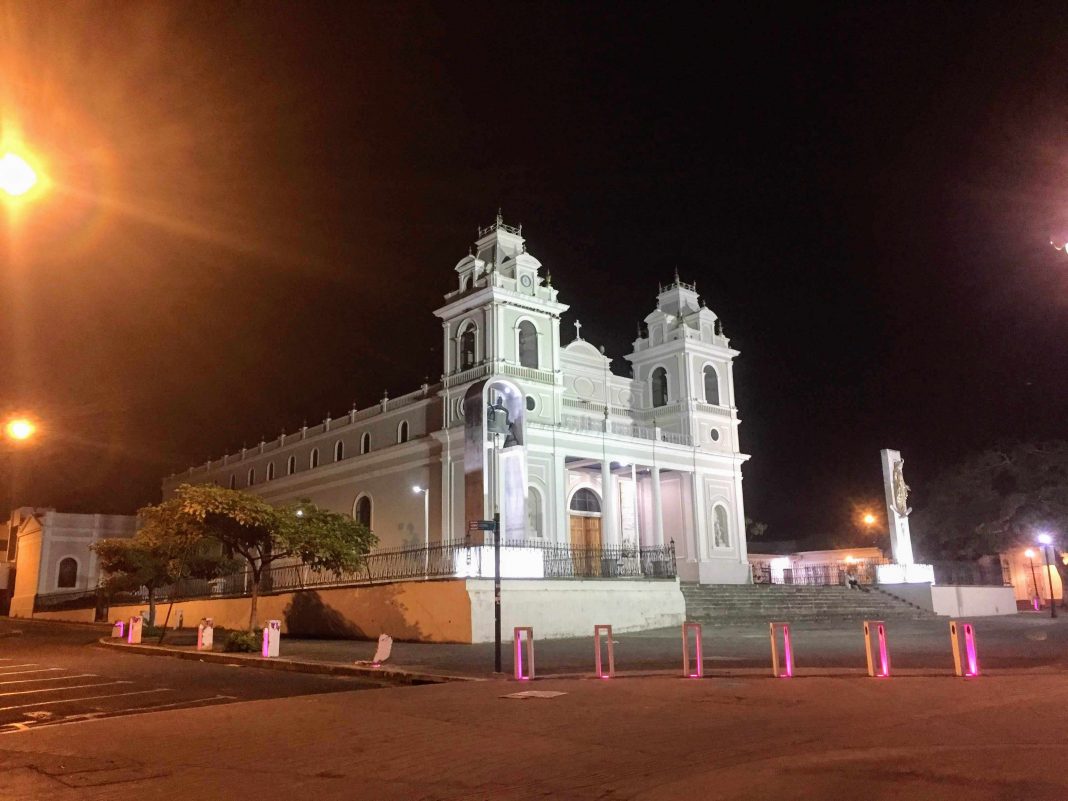 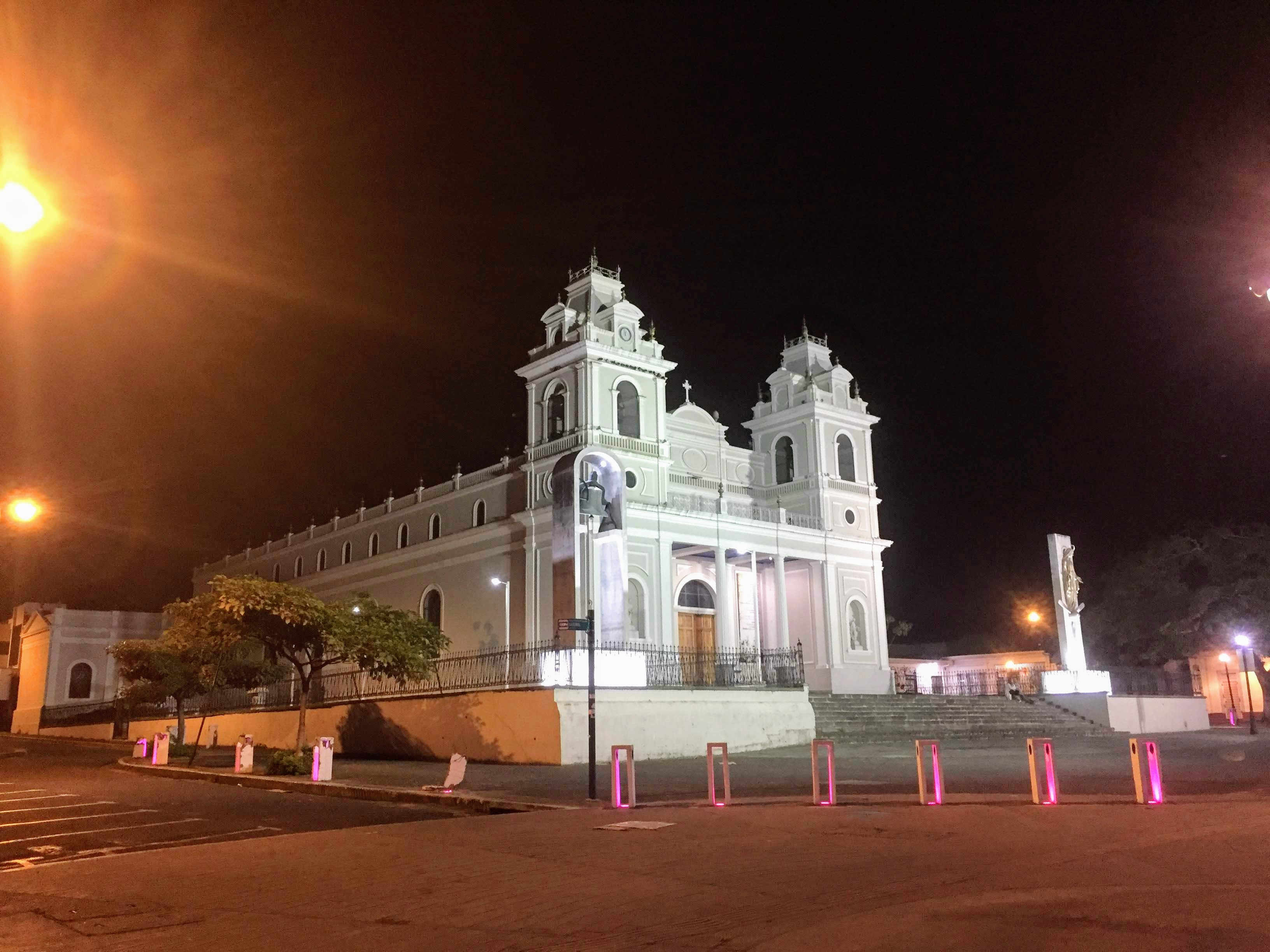 Night photo of the Iglesia La Soledad en San José (Church of Our Lady of La Soledad by Jaime Cruz.

The church is located in the heart of downtown. It was built in the mid-nineteenth century and was incorporated into the Historical and Architectural Heritage of the country on December 8, 1999. 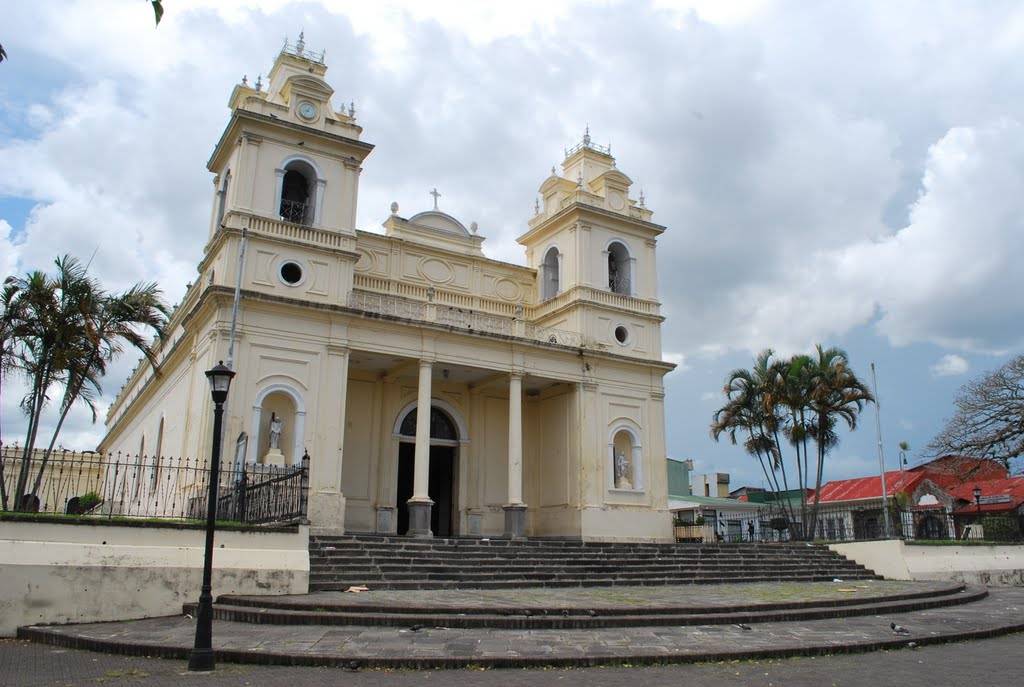 In 1851, at the request of the first Archbishop of Costa Rica Anselmo Llorente y la Fuente, the elaboration of the plans of the Church of La Soledad by the English architect Hugh G. Tonkin began. Its construction in calicanto, with influence of baroque style and wooden columns took more than 30 years. 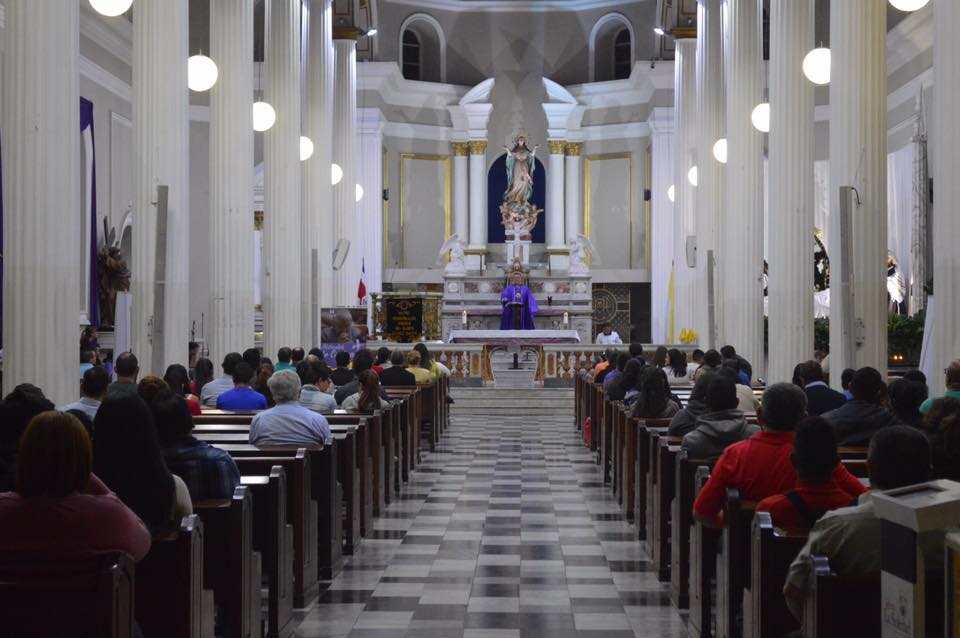 The stained glass windows or “virales” in Spanish come from Switzerland and represent several biblical passages. The Church has several sculptures from the Stfulesser workshop (the 14 Stations of the Cross, also called Way of the Cross).

The most classic of the churches in the center of San José gave birth to the neighborhood of La Soledad, which at that time was already known as “soledad” (loneliness) for its few inhabitants.

The Paseo de los Estudiantes located across the street from the La Soledad back in 1906 (top photo) the fruit market and more recent (undated) of the Plazoleta de la Soledad today known as Plaza de las Artes. The only commonality in the two photo is the roof of the Teatro Nacional.