COSTA RICA NEWS – The immigration service has extended the deadline for legalizing foreign workers for six months after the old regulation expired Thursday. If the deadline had not been postponed, employers would have been liable for a hefty fine. The extension is the result of negotiations with the private sector. 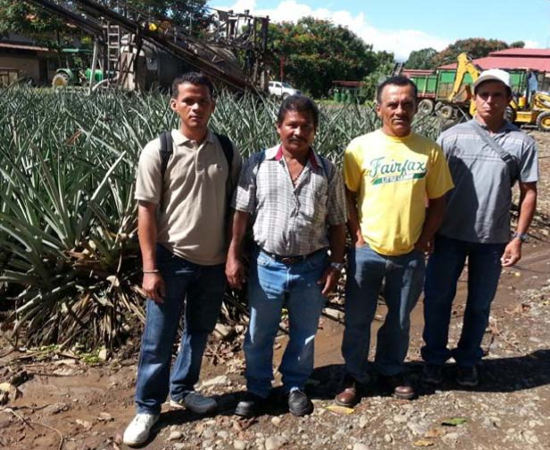 Employers might have received a ¢399,400 colones (US$740) fine since the old deadline was last Thursday, July 31. The Chamber of Exporters was instrumental in hammering out the new date.

The regulation was supposed to go into effect after passage in 2010 but in 2013, Immigration issued an amnesty order, later extended. No one knows exactly how many workers are affected but the government estimate is that employers of 200,000 workers could have been fined.

One union, however, puts the number at 180,000. They are mostly in low paying jobs that Costa Ricans are reluctant to take — farm and construction workers and domestic help. In the banana sector, 4,400 are employed, 845 in pineapple fields and between 50% and 60% of the 75,000 coffee pickers are foreign.

The giant ANEP union which represents some of the workers charges that in the two years registration of workers has been postponed, only 10,000 applications were filed. It is up to the employer to make certain that their employees are registered, if if they are only a single household with a main.

QCOSTARICA - Costa Rica will have a system called "Interceptor" that will eliminate floating and suspended waste from the upper layer of its waters,...
Business

HQ - The appearance of pests and diseases, in particular the 'dragón amarillo' (yellow dragon), the impact of the weather and a sharp drop...
Disasters

QCOSTARICA - The contagion rate of covid-19 in Costa Rica in the last week did not change, a fact that is seen for the...
Front Page