In Central America, Cargo Cannot Be Transported at Night

CENTRAL AMERICA NEWS –While firms are losing competitiveness by transporting goods only during daylight hours and spending thousands of dollars on private security, regional bodies are writing in their brochures “borders open 24 hours a day.” 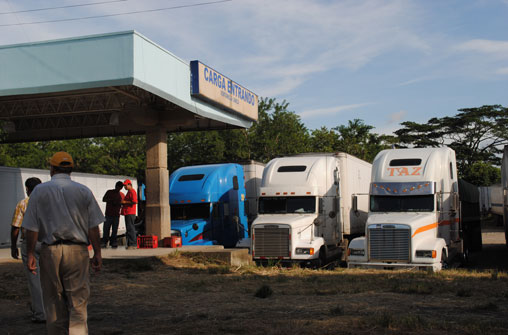 The inability to move at night time due to attacks by organized criminals on the roads in the region affects not only businesses but the entire transport chain. Among the goods whose transport requires private security are pharmaceuticals, machinery, technology items and coffee, among others.

Marvin Altamirano, president of the Shipping Association of Nicaragua (ATN) and the American Federation of Transportation (Fecatrans) told Elnuevodiario.com.ni that “…Currently thefts have declined, but it is due to the fact that these carriers and importers have sought out defense mechanisms to counter the problem. ‘”

Roberto Jarquín, general manager of Transportes Veloz, noted that “… ‘When it is goods worth more than $50,000 you have to use security, and even patrols with armed men, so as not to be robbed. This cost also added to importers bills.'”

Q TRAVEL - Europe opened the doors to tourism. While worldwide vaccination against covid-19 advances above the levels of each country, the restrictions are...
El Salvador