In Yet Another Happiness List Costa Rica Takes The Top Spot

COSTA RICA NEWS — “Want To Be Happy? Move To Costa Rica,” says Forbes in an article by Juliana Breines, Ph.D., a postdoctoral fellow at Brandeis University.

Brandeis says it’s not surprising finding Costa Rica at the top the list, a country that often ranks high in cross-national measures of happiness, not particularly wealthy in terms of GDP, but research suggests that GDP may not be the best indicator of national well-being. The per capita GDP of the United States is about four times higher than that of Costa Rica, but the United States ranks 16th for subjective happiness, based on our data. 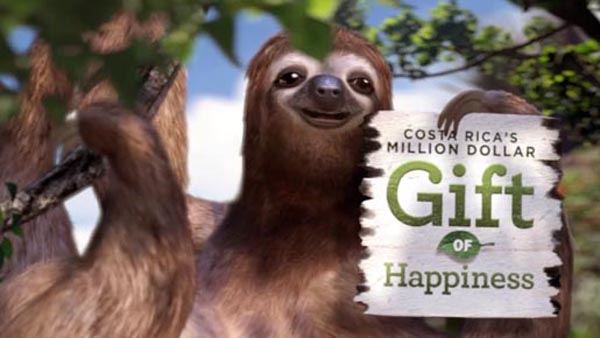 After Costa Rica come Croatia, Chile, Malaysia, and Colombia, countries that, like Costa Rica, are not particularly high in GDP. Although our data can’t tell us exactly why residents of these countries are the happiest, we can speculate that factors other than income may be at play. One clue is that these five countries are also among the lowest 10 in loneliness (meaning that their residents are less lonely than most other students in the course), and among the top 10 in social connection, based on our data, suggesting that strong social ties may trump income when it comes to happiness.

Geographical differences in happiness may be due in part to cultural differences. Collectivist cultures—those that emphasize group cohesion and shared goals—may rank higher in social connectedness and lower in loneliness due to these cultural values. Individualistic cultures, by contrast, may rank higher on happiness measures that tap into personal accomplishments and self-esteem. The United States, for example, ranked 6th in flourishing, a measure that includes several items focused on individual accomplishments.(e.g., “I am competent and capable in the activities that are important to me.”).

“A couple of notes on methodology. First, we looked only at data from the 58 countries with at least 25 students who completed the survey. The countries with the largest representation are the United States, Canada, Australia, the United Kingdom, and India. Second, we can’t make generalizations about a country as a whole based on a small sample of its residents, especially since respondents are not a representative sample of the entire country’s population. Nonetheless, we can at least gain some insights about the students taking UC Berkeley’s course,” writes Breines

Here are the lists of the countries that scored toward the top of several measures of well-being included on our survey at the start of “The Science of Happiness.”

The Subjective Happiness Scale was used to assess global, subjective beliefs about whether one is a happy or unhappy person, independent of specific bases of happiness or unhappiness, such as positive and negative life events or circumstances. Sample item: “In general I consider myself a very happy person.”

On the flip side, students from these 10 countries scored the lowest on the happiness scale: Iran, Serbia, Egypt, Pakistan, Russia, Scotland, Saudi Arabia, Latvia, England, and Poland.

The Satisfaction with Life Scale was used to assess people’s appraisals of the overall conditions of their lives. Sample item: “In most ways my life is close to my ideal.”

The Flourishing Scale was used to assess well-being across a range of domains, including self-esteem, meaning and purpose, relationship functioning, and optimism. Sample item: “I live a purposeful and meaningful life.”

We assessed social connection by asking people to rate how closely they see themselves in relation to the people they encounter in daily life, as represented by a series of circles that overlap to various degrees. Higher scores on this measure, the Inclusion of Other in the Self Scale, are indicated by greater overlap between the “self” and “other” circles.

The UCLA Loneliness Scale was used to assess people’s subjective feelings of loneliness and social isolation. Sample item: “I feel in tune with the people around me.”

Students from these 10 countries scored the highest on the loneliness scale (meaning they’re the most lonely): Pakistan, Iran, Saudi Arabia, Eqypt, United Arab Emirates, Vietnam, Russia, Ecuador, Indonesia, and Malaysia. (Interestingly, Malaysia is the one exception to the point I made above, that loneliness is inversely related to happiness—it is the one country that scored in the top 10 in both happiness and loneliness.)

The Perceived Stress Scale was used to assess the degree to which people find their lives to be unpredictable, uncontrollable, and overwhelming. Example item: “In the last month, how often have you felt that you were unable to control the important things in your life?”