TODAY NICARAGUA NEWS – In step to the beat of the drums, 126.000 students will be participating in the activities commemorating 193 years of independence and the 158th anniversary of the Battle of San Jacinto, Education officials confirmed Wednesday. 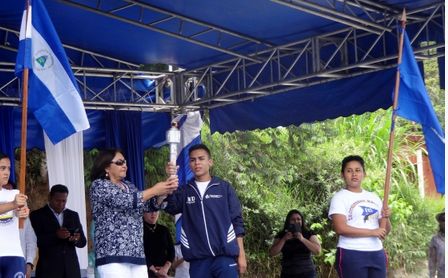 Deputy Minister of Education, Norma Irías, said that the festivities in salute to the country will be part of the “Nicaragua Mía” (My Nicaragua), which began on August 16 with school parades.

The independence torch, that is making its way through Central America, arrived in Nicaragua Wednesday. The handover ceremony was held in Honduras, were some 2.000 students of the Nueva Segovia were present and will now begin the journey through the Pan American highway.

The torch will be in Managua on the 12th, where it will be received by President Daniel Ortega and the authorities of the Ministry of Education, in the presence of students.

On the 13th, the torch will be at the border with Costa Rica, where Nicaragua authorities will hand it over to authorities in that country, in a ceremony that will include students from Rivas.

QCOSTARICA - Osta Rica has been the epicenter of regional diplomacy in recent days. The successive visits of the Secretary of State of the...
Disasters