Inflation in Venezuela hits highest level since 1996 despite controls 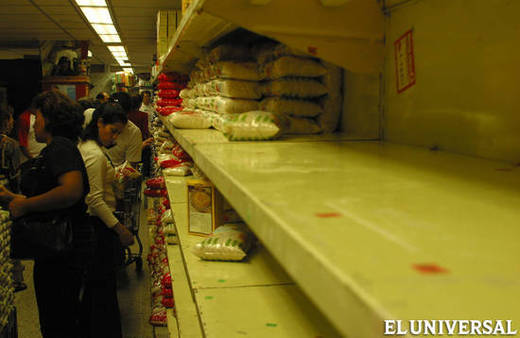 TODAY VENEZUELA – Eleven years ago, on February 11, 2003, then President Hugo Chávez issued a decree implementing stringent price controls. The move was viewed as reasonable amid a lockout. Later on, however, he conceded that his decision was “a State strategy of intervention in the economy -one of the elements of the transition to socialism.” 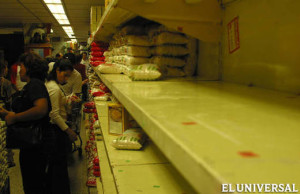 In order to put an end to “speculation by the business sector,” the government entrusted two ministries with the task of setting the selling price of food, medicines, diapers, soaps and other essentials. However, the plan has attained but negative results.

In fact, the inflation rate of 56.2 % at the end of 2013 is the fourth highest since 1950. It is surpassed only by the rate recorded during the 1994-1996 presidential term, when the financial crisis hit the government of Rafael Caldera and that of 1989, when Carlos Andrés Pérez implemented stringent economic measures following massive decline of international reserves.

Failure should be no surprise. Under President Jaime Lusinchi, annual inflation rose from 15.7 % in 1984 to 40.3% in 1987, despite price controls and heavy fines on “speculators.”