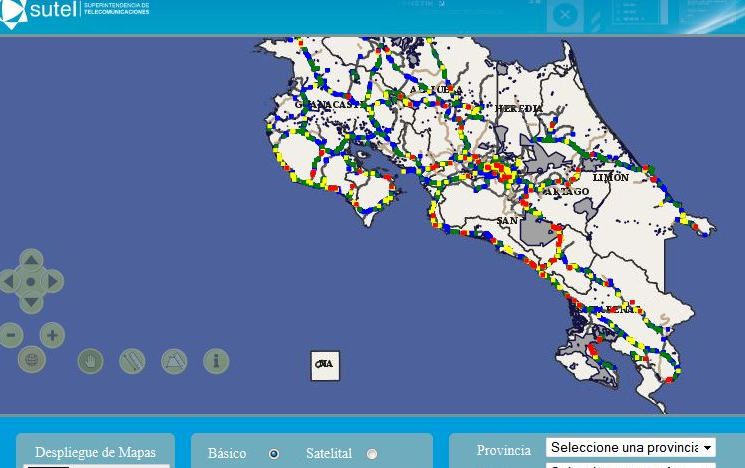 Starting today you can check on cellular service in your area or any area in the country by way of an interactive map by the Superintendencia de Telecomunicaciones (Sutel).

The map covers the entire country, it can be searched by province, district, canton and areas, showing the coverage by each of the three operators, Claro, Kolbi and Movistar.

The map can be found at: http://mapas.sutel.go.cr/

The blue, yellow and green represent levels of coverage, while red means no coverage.

According to the Director of Quality Sutel, Glenn Fallas, the new tool is provide more information to users when choosing an operator.

Fallas said the number of claims made by users has increased by 300% in recent years. This year is expected to receive and estimated  1,200 complaints.

The map will be updated periodically.

- Advertisement -
Paying the bills
Previous articleLiberty Reserve Founder Gave Up US Citizenship For Costa Rican
Next articleQtoons: Series of Scandals Rocking The Country