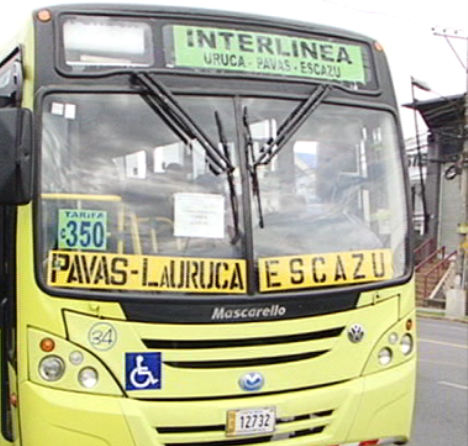 Travelling between adjoining communities and without having to go into downtown San José will be expanding next month, as the Interlinea services adds two new routes. 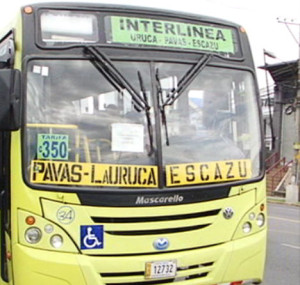 The new “intersectoral” routes will be between Hatillo and San Pedro and Moravia and La Valencia (Heredia).

The routes will have the usual cost of ¢350 colones each way, with buses running every 15 minutes during peak morning and afternoon hours and 20 minutes at other times.

The Interlinea was delayed for years due to red tape, but got a boost of support with the problems of La Circunvalación last year, forcing the Chinchilla administration (2010-2014) to push through alternative transportation to alleviate San José’s vehicular congestion.

The intersectoral eliminates the need for travel to and from San José to move from say Escazú to Pavas and  La Uruca. The traditional routes for travel between those two areas means taking a bus from Escazú to the area known as La Coca Cola in downtown San José, then taking the Pavas bus (in the same area) walking several blocks to the La Uruca bus stop.

- Advertisement -
Paying the bills
Previous articlePresident Solís Refuses Use of “Vogue” Luxury Presidential Car; Vehicle To Be Sold At Auction
Next articleChange Your Password, eBay Asks All Users After Suffering Cyber-Attack