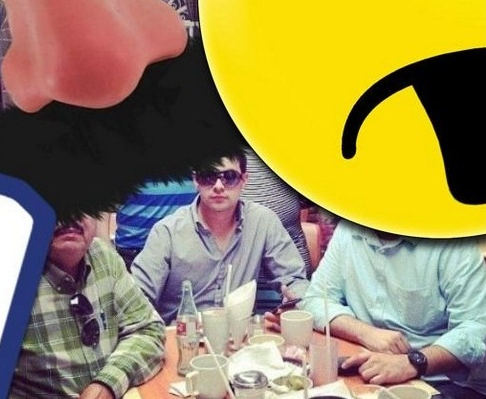 QCOSTARICA – A Tweet by Jesús Alfredo Guzmán Salazar – son of Joaquín “El Chapo” Guzmán – where he seen with two other people, with their faces covered and whose location is indicated as Costa Rica, has the Organismo de Investigacion Judicial (OIJ), scurrying to confirm or deny if the information is true. 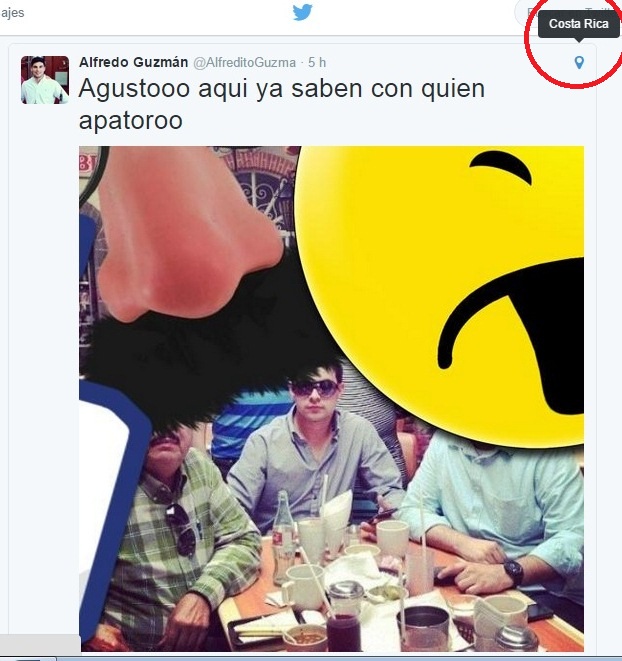 The 29 year-old Guzman is also wanted by the Drug Enforcement Agency (DEA)  for drug trafficking and money laundering.

Meanwhile, Costa Rica’s immigration service – Dirección Nacional de Migración y Extranjería – assure they have no entry (or exit) of any Jesús Alfredo Guzmán Salazar, who is one of the nine children of the founder of the Sinaola cartel.

“We’re checking with our experts in the matter if it’s true or not … there is nothing to confirm right now, “ Gerald Campos, acting director of the OIJ, told the media.

The elder Guzman, known as “El Chapo”, one of the members of the old school of the Mexican drug lords very active in the 1980s and 1990s, last July (for the second time) escaped from a Mexican high security prison, is now one of the most wanted by Mexican and U.S. justice.

After the escape, Costa Rica’s Attorney General, Jorge Chavarria, warned that they could not rule out Costa Rica as a destination for El Chapo to seek refuge.