Is Nicaragua giving Colombia Rebels Citizenship As Shield Against US? 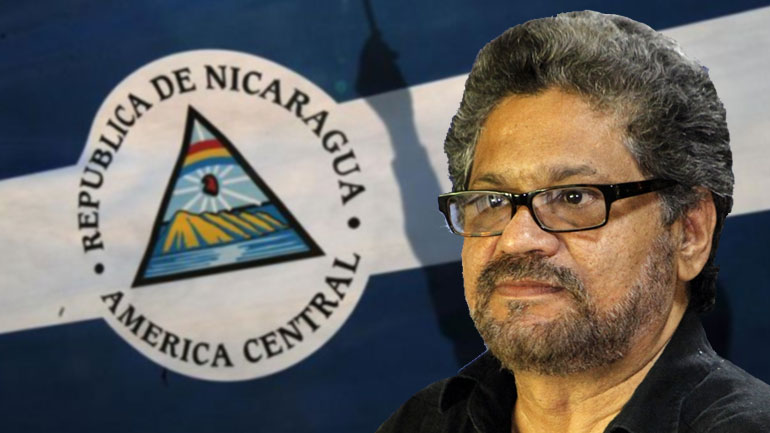 (TODAY NICARAGUA) Nicaragua has possibly given the leadership of Colombia’s largest rebel group FARC either citizenship or political asylum, which would shield them from international and US justice, Spanish newspaper El Economista reported Wednesday.

According to La Economista, multiple sources from within the Nicaraguan government have confirmed that Nicaragua, currently led by the leftist Daniel Ortega, could have come to an agreement with the FARC “some three months ago.”

However, an anonymous FARC leader currently negotiating peace with the Colombian government has denied the allegation, telling weekly Semana that “at no time we have requested citizenship in this country.”

Colombian government sources also said to know nothing of what El Economista called the FARC’s Plan B to secure immunity for war crimes and drug charges pending before US Courts.

The Nicaraguan government has made no official statement on the allegation.

Nicaragua –together with the US, Cuba and Honduras — is one of the few countries in the hemisphere that never signed or ratified the Rome Statutes that grant jurisdiction over war crimes to the International Criminal Court in The Hague, Holland.

Colombia and the remaining countries in the Americas did sign the treaty, meaning that if they do not adequately prosecute alleged war criminals, the ICC has the authority to assume these investigations and secure justice for victims of war crimes or other crimes against humanity.

The FARC is accused of thousands of war crimes including the kidnapping and killing of civilians, the executing of prisoners of war and the use of child soldiers.

Additionally, Nicaraguan law reportedly does not allow the extradition of Nicaraguan citizens to the Unites States in the case of drug charges.

The FARC has long financed its war against the Colombian state with drug trafficking and many of its leaders are wanted by the US. One leader, “Simon Trinidad,” was convicted to 60 years in a US prison after he was extradited over pending drug charges, but later sentenced on different charges.

A deal between the FARC and Nicaragua would provide the rebel leadership with a safe haven in case a peace deal with the government does not provide enough protection against them being extradited to the US or being prosecuted by the ICC.

Multiple leaders of the AUC, a right-wing paramilitary group that demobilized between 2003 and 2006, were illegally extradited to the United States in 2008 in spite of government promises their peace deal shielded them from extradition.

While the extradition resulted in long prison sentences for the AUC leaders, victims in Colombia have complained that the move only served to promote impunity for war crimes and protect local politicians who collaborated with the AUC, like the FARC deemed a terrorist organization by both the US and the EU.

Colombia had delayed the ratification of the Rome Statutes until after the prosecution of top AUC commanders and the granting of immunity to more than 25 thousand fighters.

The FARC has so far refused to accept prison sentences for its leaders and has urged the repatriation of extradited leader “Simon Trinidad” who they claim has been sentenced on trumped up charges.

Previous links between Nicaragua and the FARC

Nicaragua’s leftist government, led by Ortega who led a revolution against a dictatorship in the late 1970s and subsequently faced US-backed counterrevolutionary forces in the 1980s, has previously granted asylum to FARC members and leaders.

In 2010, Nicaragua’s government granted political asylum to Ruben Dario Granda, the brother of the FARC’s then “foreign minister,” Rodrigo Granda.

This followed the 2008 asylum of Mexican Lucia Morett and three alleged Colombian guerrillas who survived a military attack against their FARC camp in Ecuador.

Ortega, who returned to the presidential office democratically in 2007, has been one of Latin America’s most vociferous critics of US foreign policy in the hemisphere, together with leftist governments of Venezuela, Bolivia and Ecuador.

The FARC and justice

In spite of the thousands of war crime allegations, the FARC leadership negotiating peace in Cuba has categorically rejected spending even one night in prison.

The administration of President Juan Manuel Santos, negotiating peace on behalf of the state, has stressed that the FARC must accept punishment for their crimes and has vowed their will be no “exchange of impunity” as Colombian state officials are also facing numerous allegations of war crimes.

After more than two and a half years of negotiations, the FARC recently said it doesn’t object to detention as long as this is not in an ordinary prison.

According to the government, it’s the FARC’s rejection of punishment for their crimes that has been stalling the peace talks that has been testing Colombians’ patience and are faced by strong opposition under the leadership of former President Alvaro Uribe.

Uribe and other hard-line critics have called for maximum penalties for the FARC they consider a “narco-terrorist” organization. The FARC itself considers itself a legitimate insurgency.

QCOSTARICA - The Ministry of Health announced this Tuesday...
National