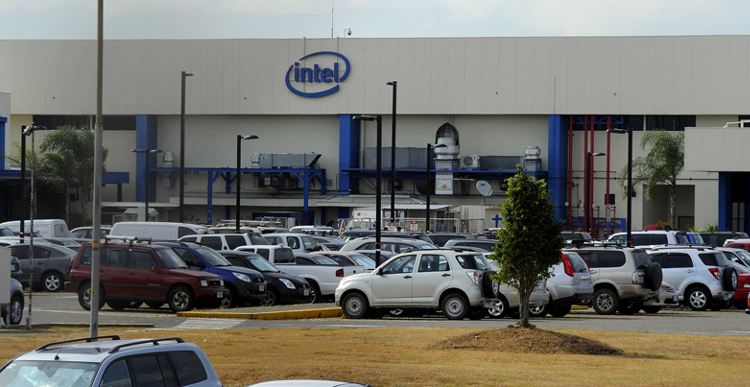 U.S. microprocessor chipmaker Intel announced on Tuesday, officially, that it is eliminating 1.500 jobs froms its assembly and manufacturing plant in Costa Rica.

Last week, Costa Rica government officials would not confirm nor deny any changes at Intel.

At Intel, the corporate line was that information would be made public when it was available. It appears that the company waited out Sunday’s election before making an official announcement.

With the change, the company takes with 20% of Costa Rica’s exports.

“The closure of the plant is not an issue specific to the country’s competitiveness, but a transformation of the global transaction. As the internet industry changes, in which there are different types of devices, we have to transform”, said Mike Forrest, general manager of Intel Costa Rica.

The California based corporation said in a news release Tuesday it will keep employing more than 1,200 engineers, finance and human resources employees in Costa Rica.

Anabel Gonzalez, Costa Rica’s minister of Foreign Trade, who last week would not comment on the rumours of changes at Intel, said Tuesday the company’s decision was unfortunate but that the country will continue to work on attracting high-tech companies.

Costa Rica’s president Laura Chinchilla said that said that the closure of the plant should not be seen as a punishment to the country, but is part of a global reorganization of the company.

“Intel helped Costa Rica position its name in the world of foreign direct investment and high technology,” Gonzalez said. “Today, more than 15 years later, Costa Rica is a leader in different industries, and has become a highly competitive location for high-tech manufacturing, services and, more recently, research and development activities.”

Hours after Intel’s announcement, BA Continuum, a nonbank subsidiary of Bank of America, said it is shutting down a call centre in Costa Rica that employs 1,400 people.

Gabriela Llobet, director of Costa Rica’s Investment Promotion Agency, or CINDE said the company confirmed it will start laying off people over the next 12 months.

“We at CINDE weren’t informed of that process by the company so, we were really astonished when we heard the news,” Llobet said.

QCOSTARICA - A total of 700,000 doses against covid-19 were applied across the country in May. A month earlier, health centers had applied 565,000...
Economic Recovery

QCOSTARICA - The United States has eased travel advisories for most Central American countries, with the exception of Costa Rica and Nicaragua, according to...
Latin America

QCOSTARICA - Britain added seven countries, including Costa Rica, to its "red list" of destinations that require hotel quarantine on return to England on...