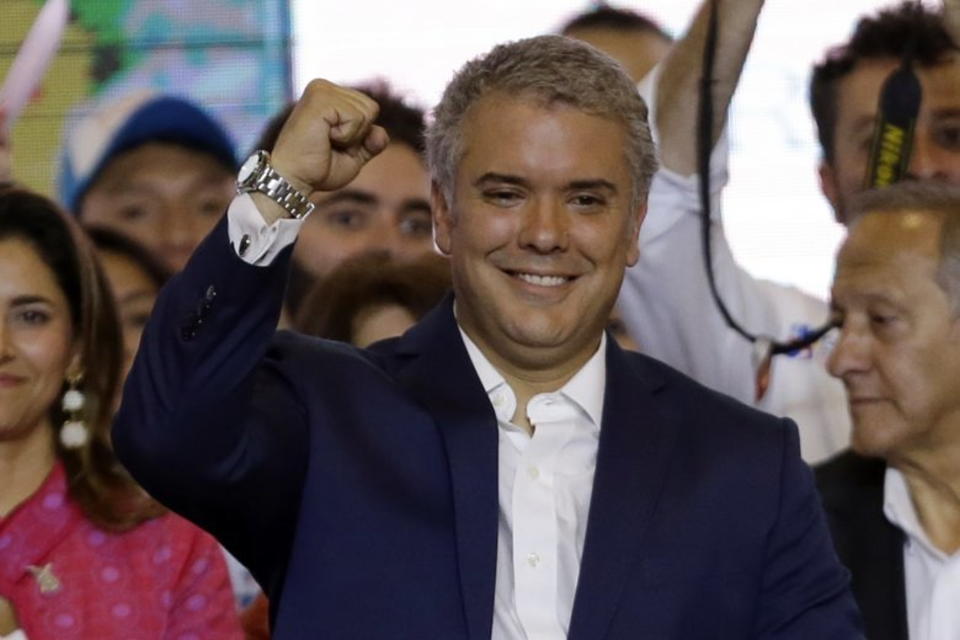 Duque, the young conservative protege of a powerful former president Alvaro Uribe, is projected to win the presidential race with approximately 54% of the vote, according to the country’s National Registry of Civil Status.

Duque,  promising to roll back a fragile peace accord that has divided the nation, beat former mayor of Bogota, Gustavo Petro, a leftist and former FARC guerrilla who got about 41% of the vote, according to numbers released on Sunday.

When Duque takes office in August at age 42, he will be Colombia’s youngest president in more than a century.

As president-elect he vowed to work tirelessly to heal divisions and govern on behalf of all Colombians. He also promised a frontal attack on corruption.

“The peace we all dream of demands corrections,” he told supporters. “So that victims are the true center of the process and so that there is justice, reparations and no repetition.”

Duque is the son of a former governor and energy minister who friends say has harbored presidential aspirations since he was a child. The father of three ago entered public service almost two decades as an adviser to then Finance Minister Juan Manuel Santos, whom he will succeed as president.

“This is the opportunity that we have been waiting for — to turn the page on the politics of polarization, insults and venom,” Duque told supporters Sunday night, joined by his young family.

- Advertisement -
Paying the bills
Previous articleNicaragua Unrest: What You Should Know
Next articleMore Fire From Volcano Fuego in Guatemala