COSTA RICA NEWS — A report by the Laboratorio Nacional de Materiales y Modelos Estructurales (Lanamme) – National Laboratory of Materials and Structural Models, confirms what many drivers have known for a long time, the flooding of the Juan Pablo II bridge every time it rains is due to poor storm drain systems.

Anyone who has driver to and from San José through La Uruca in the rain will know that flooding is a normal occurrence. 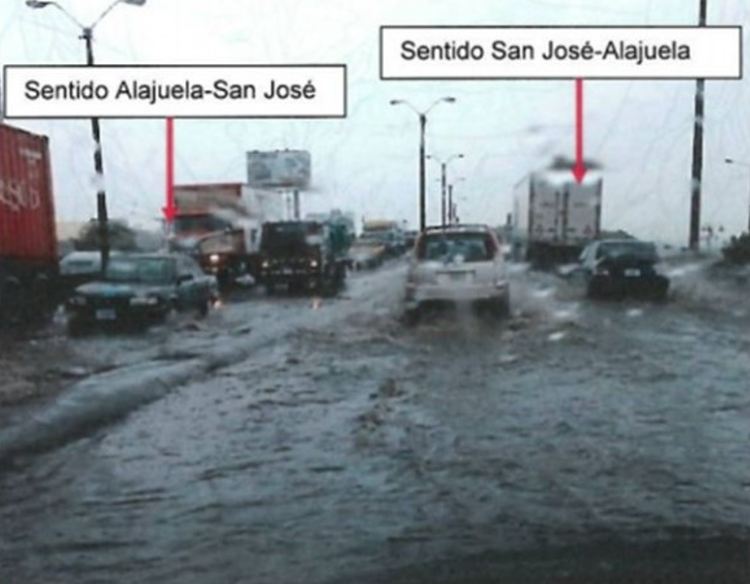 The Lanamme have sent the Ministro de Obras Públicas y Transportes (Mopt) – Minister of Public Works and Transport, Carlos Segnini. However, it is unlikely any permanent solution is forthcoming.

Edgar May, manager of roads and bridges at the Conavi, says the bridge requires a redesign.

This weekend the Conavi – the roads council – said it will be performing “maintenance” on the bridge.

Q TRAVEL - Europe opened the doors to tourism. While worldwide vaccination against covid-19 advances above the levels of each country, the restrictions are...
Vaccine