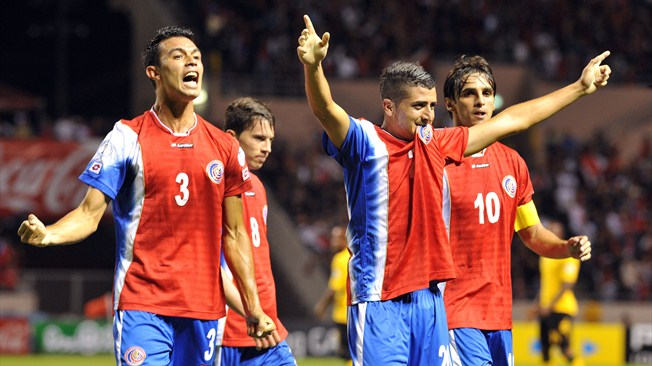 La Sele, Costa Rica’s national soccer team, is back home Tuesday night to take on Panama at the national stadium in San José.  The Ticos put in a gritty performance against Mexico last time out, their organized rearguard leading the way to a 0-0 draw at the fabled Estadio Azteca.

The Central American giants, and three-time FIFA World Cup participants, are deadly at home, amassing six of their eight points. Led by the sturdiest backline in all of CONCACAF at the moment – they’ve not conceded in their last three outings – the silky playmaking of captain Brian Ruiz, and the goal-getting potential of young ace Joel Campbell, the Costa Ricans will expect nothing less than a win.

It wasn’t long ago that Panama, who have never reached a FIFA World Cup, were on top of the six-team qualifying group. But the Hexagonal is a marathon and not a sprint, as any coach will eagerly remind you. Away from their fortress of the Estadio Rommel Fernandez in Panama City, Julio Dely Valdes’s men will have to put their recent loss to USA, as well as their lowly status of fifth, behind them.

Also on tap Tuesday is the US and Honduras meet that will have special meaning for Jurgen Klinsmann. The German was heavily criticized after his Americans lost their Hexagonal opener to Los Catrachos back in February, but they have since rebounded in style.

Last week’s 2-0 win over Panama was US’s best performance so far. From Tim Howard in goal, through a gritty midfield, marshalled by Jermaine Jones and Michael Bradley, the States are very much on the rise. And in Jozy Altidore, who’s scored three times in his last three games, they now have a consistent scorer to partner Clint Dempsey.

Both the US and Costa Rica are aiming to put further distance between themselves and foundering Mexico for the 2014 FIFA World Cup Brazil™.

With notes from FIFA.com

QCOSTARICA - Costa Rica's economic activity registered in April 2021 a year-on-year growth of 8.8%, a figure affected by a “base” or “rebound” effect,...
Consumption

Today, Sunday, June 20, only vehicles with "EVEN" ending plates CAN circulate The measure is countrywide and applied between 5:00 am and 9:00 pm, save...
Rico's Digest