Lack Of Customers Forcing Chinatown Businesses To The Brink of Closure 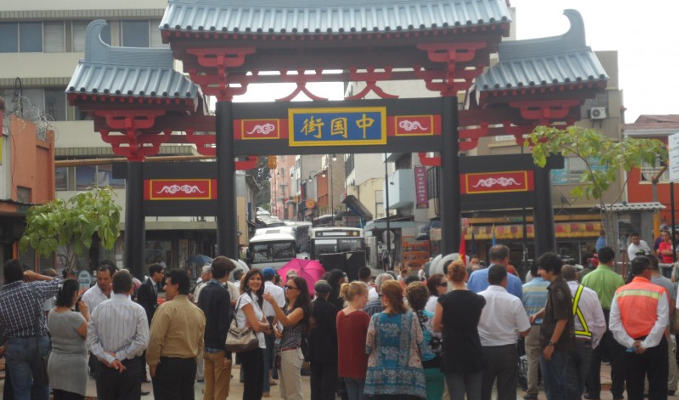 Barrio Chino or Chinatown, a commercial area created by the Municipalidad de San José in the Paseo de los Estudiantes, has proven to be a bust, every day less of the financial boom that been the expectation of many.

In fact, many of the area retailers today are fearful of losing their source of income, forced with closure, mainly due to the scarcity of passersby.

Merchants say that none wanted the Chinatown, a project forced on them by the municipality.

Stories of these merchants reveal an uncertain future, a pedestrian boulevard which is seeing fewer stores and the remaining see little or no profit in their venture.

Local merchants recall the political promises made by the by municipal authorities headed by long time San José mayor Johnny Araya, who at the end of the month will be leaving the mayoral chair behind to run the presidency in 2014.

The negative business climate has led a number of merchants to close their doors and many of the remaining say they don’t see lasting past December. If they make it that far. An option for some is to move their business a block or two, pay a lower rent, and maintain some semblance of a hope and not lose their business license altogether.

The exodus of merchants is directly related to the elimination of vehicular traffic. With the creation of the Chinatown, the calle (street) was closed off completely to vehicles and became a pedestrian boulevard. This also meant the moving of bus stops, stops that would be crowded with potential customers headed for the south side of San José, to places like Acosta, Aserri and Desamparados, the most densely populated area of Costa Rica. Passengers are now lining up in the adjacent blocks, providing a financial boom to those merchants.

The reality is that every day there is less reason for consumers to head to Chinatown. Local merchants have banded together, forming group to jointly hold discussions with the municipality, which so far has not come up with any solutions to help maintain Chinatown alive.

- Advertisement -
Paying the bills
Previous articleIf Tecocos is Not Approved, Communities Will Prevent Chinchilla’s Visit on July 25
Next articleQToons: The Sinking of the Laurita