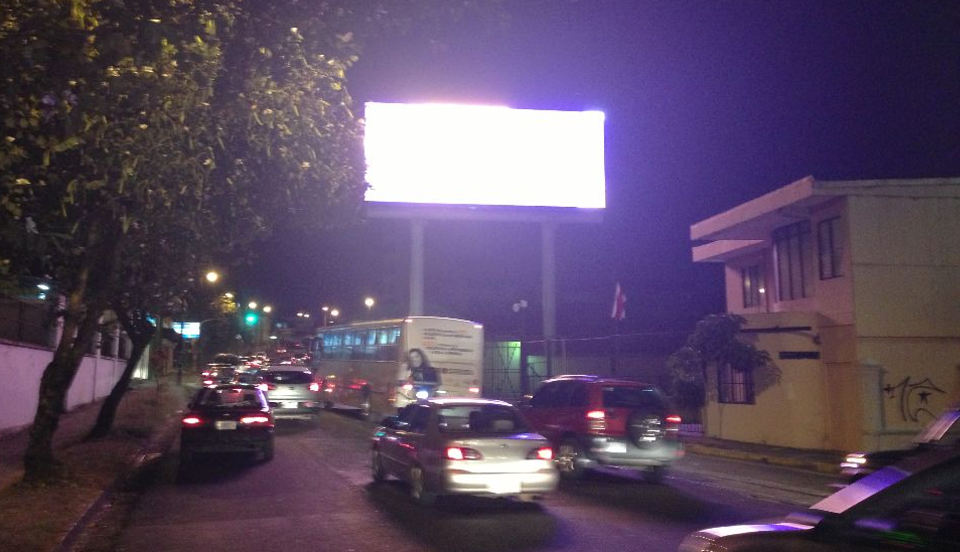 COSTA RICA NEWS – Three big and bright advertising screens, in three different parts of the capital city, will soon be going dark, the company being ordered to turn them off and take them down.

The signs to be removed are located by Rostipollos in Plaza del Sol, Curridabat; at the southeast corner of the Museo Nacional; and across from the Nissan dealership in La Sabana. 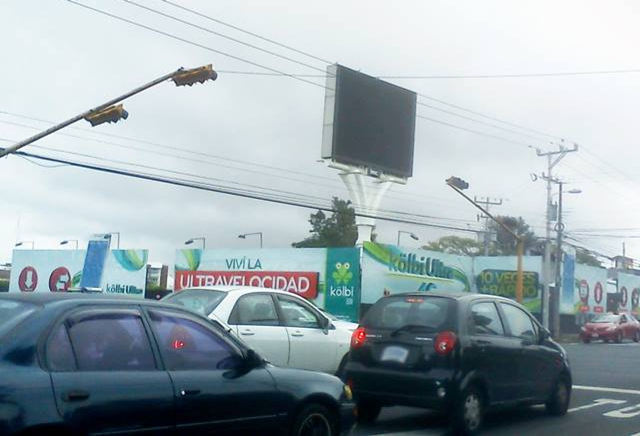 The Constitutional Court ruled against the operation of the luminous displays in the country. Despite the Court ruling, the screens are still lit up and powered  by the state power and light company, the Compañía Nacional de Fuerza y Luz (CNFL), an ICE subsidiary.

Following the Court decision, the Ministerio de Obras Públicas y Transportes (MOPT) – public works and transport ministry – has requested the CNFL to cut the power to the signs, according to Vinicio Barboza, head of inspections at the MOPT.

According to transport officials and experts at the  Laboratorio Nacional de Materiales y Modelos Estructurales (Lanamme) of the Universidad de Costa Rica (UCR), the large bright luminous signs could have a negative effect for drivers and that their installation, operation and management be subject to studies and technical criteria, for the sake of drivers and road safety.

The MOPT notified the company requesting removal of the signs in February. The Constitutional Court ruled at the end of March. And the CNFL just received the disconnect order a few weeks ago. While the signs still glare.