(Insightcrime.org) An annual report by the US State Department on international drug trafficking suggests that Latin America continues to struggle with developing effective strategies to combat criminal activities due to a variety of factors ranging from corruption to shifts in regional drug dynamics.

According to the report, more than half of the countries listed as being major drug producing or transit countries, as well as major sources of precursor chemicals, are located in Latin America. Several are also listed as major money laundering countries.

Below, InSight Crime looks at some of the highlights from the report’s findings on Latin America.

Bolivia and Venezuela Singled Out

The US State Department singles out Bolivia and Venezuela as the only countries worldwide that “failed demonstrably” in their anti-narcotics efforts in 2017.

In Bolivia, the report points to President Evo Morales’ decision last year to increase legal coca cultivation as being a primary factor in this determination. According to the report, the “inadequate control” that authorities have over legal domestic coca cultivation is a major concern given the country’s role as a cocaine producing and transit nation.

As the report suggests, US officials strongly opposed the increase to the legal coca cultivation limit in Bolivia. But while the increase is likely to further boost cocaine production and trafficking, it’s unlikely to have a significant impact on regional dynamics. Colombia and Peru dominate coca production in the region, and the increase will only add a very small amount of additional coca into the illicit market.

Given the deepening criminality of the Maduro administration, the singling out of Venezuela is unsurprising. Links between the Venezuelan government and criminal actors — including allegations of collusion with Colombian criminal groups along the Colombia-Venezuela border and their involvement in international drug trafficking — have continued to surface as the country slips further into chaos. The United States has broadened its crackdown on top officials, including Maduro, with sanctions.

Conflicting US Rhetoric Towards Colombia

The report further highlighted conflicting views on the effectiveness of Colombia’s anti-drug efforts. With former CIA Director Mike Pompeo now slated to become the next US Secretary of State, Trump may be trying to shift US policy on Colombia, and Latin America more broadly, towards his own personal views, which could further strain US-Colombia coordination on crime-fighting strategies.

While the US State Department did criticize Colombia’s lack of progress on curtailing record cocaine production, the report’s overall rhetoric towards Colombia’s anti-drug efforts differs greatly from recent comments made by US President Donald Trump.

According to the report, the US State Department believes that the Colombian government “continues to take steps” to combat growing cocaine production, and that the country’s current anti-drug strategy will have a “lasting impact in curbing coca cultivation and cocaine production.”

However, in September 2017 President Trump threatened to label the Colombian government as not compliant on anti-drug efforts amid heightened tensions between the two nations over how best to tackle security issues.

Central America and Caribbean Role in the Drug Trade

The role of Central American and Caribbean nations in the regional drug trade has been shifting in recent years as cocaine production in Colombia is at record levels. The State Department report suggests that these shifts are leading to an uptick in violence and innovation.

Although Costa Rica continually boasts one of the region’s lowest homicide rates — 12.1 per 100,000 inhabitants in 2017 — the report found that continued “turf-war related shootings and cartel-style assassinations” suggest that the country’s expanding role is having an adverse effect on levels of violence.

A similar phenomenon is taking place in the Dominican Republic, a country that has also seen its role in the drug trade evolve alongside increased cocaine production in Colombia. According to the report, 2017 saw an “increase in drug-related violence, especially as local groups engage in violent turf battles to control domestic drug distribution.”

In El Salvador, drug traffickers have become more innovative. According to the report, last year there was a decline in maritime drug trafficking within Salvadoran waters — 200 nautical miles from the country’s coastline — suggesting that traffickers have further developed their strategies and moved their operations farther out into the Pacific Ocean to evade authorities and transport cocaine shipments coming from South America more easily.

As InSight Crime previously reported, the Central American and Caribbean cocaine corridors have both been revitalized after the surge in cocaine production in Colombia. Both routes are critical for cocaine shipments destined for markets in the United States and Europe. The increased violence and innovation caused by this development has made anti-drug efforts more difficult.

Despite the many positive advances that authorities in Guatemala have made in battling graft amid extreme pushback from elites, the State Department report highlights how “widespread corruption permeates public and private institutions and exacerbates the country’s security, governmental, and economic challenges,” adding that “corruption levels remain high and public confidence in government institutions is low.”

Despite the presence of internationally backed anti-corruption bodies in both of these countries, the report makes clear that levels of corruption remain high. The upcoming election of new attorneys general in these two Central American nations, however, will likely represent a new chapter in anti-corruption efforts, for better or worse. 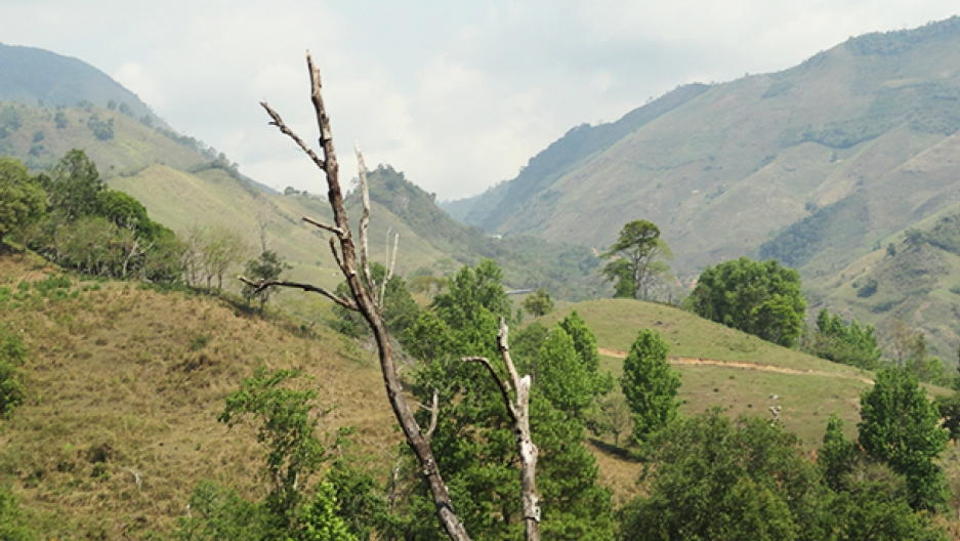 More Money for Militarization in Mexico

Mexico logged its most homicidal year in the country’s recent history in 2017 after recording 29,168 homicides for a homicide rate of 22.5 per 100,000 inhabitants — a 27 percent increase from 2016. However, even as officials question traditional security strategies, Mexico’s Army and Navy will see a 13.4 percent and 11.4 percent increase, respectively, to their budgets with most of these resources “dedicated to strengthening military and naval infrastructure, much of which will be dedicated to combating transnational criminal organizations,” the report found.

The increased resources being allocated for the continued militarization of Mexico’s security strategy places further doubts on the ability of authorities to combat increased criminality and related violence. As InSight Crime previously reported, resources would be better spent on judicial reforms and strengthening institutions.

- Advertisement -
Paying the bills
Previous articleVenezuela Regards New US Sanctions as Crime Against Humanity
Next articleRaúl Castro: From Dictator to Puppet Master of Cuba’s Next Government