The topic of Latin dating has grown in importance as the people and their culture intermingles around the globe. Within the United States, it is the fastest growing racial minority with an increase of over 60% between the 1990 and 2000 U.S. Census data collections. The same data also demonstrated the trend toward more interracial couples with Latin and non-Latin being the largest percentage of the group.

Cultural Influences
The expectations in Latin culture appear outdated in the modern dating world. The more traditional Latin relationships are based on the young man leaving home to find his way and the young women staying with her family until she moves into her new husband’s home.

The more generations away from the family’s emergence into the New World culture, the smaller the differences between Latin and other races.

Many modern Latins have become mostly Americanized, but the typical contemporary Latin doesn’t want to completely lose the connections to his or her culture. This dilemma places many couples involved in Latin dating at an uncertain crossroads.

Newer beauty standards in fashion have recently drawn attention to the appeal of the Latin persona. Jennifer Lopez has become a symbol of the sexy diva Latina, while Oscar de la Renta is the male Latino style icon. Within today’s melting pot, the Latin character has a genuine sex appeal.

Men are portrayed as especially skilled in the bedroom with most enjoying living up to the challenge, and the Latina women are the stars of men’s wildest fantasies.

Along with the positive images of the Latin culture in the height of its passion, there are still the negative battles they face. The political issues of the Spanish tongue demean and undermine the successes of their people.

The turmoil within the Latin culture can certainly impact those in the dating scene. As a dating Latin or interracial couple, it is important to keep the following in mind about the cultural differences between the sexes. Keep in mind these are stereotypical Hispanic descriptions and the person you meet may be unique, so keep an open mind. 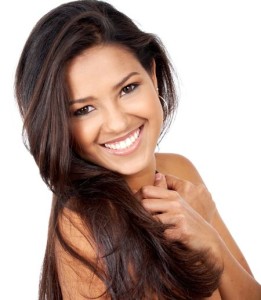 Women
Latinas from a traditional family have been raised to be a slave to their man. They are never to show off or brag, which can affect their self-esteem. They have been taught to be coy about sex, taking a demure approach to dating and relationships.

Men
Latinos, in turn, expect a woman to take care of them but also follow traditional roles like opening doors and picking up the tab. Men are expected to be strong and swallow their pride if necessary. They also are known to be particular good in the romance department, easily sweeping a woman off her feet. The heterosexual Hispanic man adores women, and it shows.

Both men and women in Latin culture appreciate casual flirting. The closer they are to their heritage, the closer they tend to position themselves physically during conversation. Latins are comfortable sitting close and frequently touching during interactions.

For the American, this may lead to a feeling of invaded space or the false impression that an individual is more interested then they really are. In an interracial relationship, be aware that casual flirting, hugging, and touching are common among new acquaintances and friends and therefore does not always equate to romantic feelings.

Religious Issues
Most Latins have deep rooted religious affiliations, mainly in the Catholic faith. Even while the modern persona has created a sexy Latin image, most still hold onto the traditions of their religion.

A Latina may dress and act sexy, but she is a good Catholic girl who was raised to say no. If you are romantically involved in a Latin relationship, a conversation about religion will be a crucial step in your communications.

For some connecting with Latins is relatively simple. For others, it may be easiest to find your Latin Charm through online dating. A few sites that specialize in Hispanic dating are:

This article first appeared on QMaxine