Law Proposed To Punish Those Providing Alcohol To Minors, Includes Jail For Parents

COSTA RICA NEWS – Parties that include alcohol and illicit drugs organized for minors have become increasingly common in Costa Rica. Experts say that high school (colegiales in Spanish) are a target market for organized crime, becoming mow more a matter of “every day”. 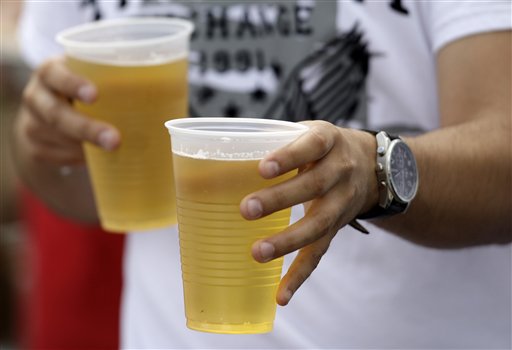 A bill proposing stiff penalties for those who provide alcohol to minors, that includes sanctions on farm owners to allow their property to be uses as open bars, “buses birreros” (beer party buses) and even jail of parents who give alcohol to their children, is expected to be presented for legislative discussion in September.

Carlos Alvarado, head of the Instituto Costarricense sobre Drogas (ICD) – Costa Rica’s drug institute, says he expected the bill to be discussed in the Legislative Assembly before September 15.

“No doubt there is urgency for this bill,” said Alvarado.

According to the drug czar, the ICD did an analysis with the Juvenile criminal prosecutor’s office, checking on “stuff” and found some very interesting things, like the need to enter farms without the necessity of a warrant.

Alvarado says that the objective is to be “tough” on drinking by minors by punishing those who provide the alcohol, including transportation and a place to party, with more than ¢10 million colones for owners of farms or villas and jail for parents who give their minor children alcohol.

The director sees the reception of the bill by legislators as positive.

QCOSTARICA - The pandemic caused by Covid-19 fuels the strategy of positioning Costa Rica as a world destination to develop wellness tourism, since travelers...
Politics

EXPAT FOCUS (MND) Of course it was no surprise that readers of Mexico News Daily voted Mexico as the No. 1 expat destination in...
News