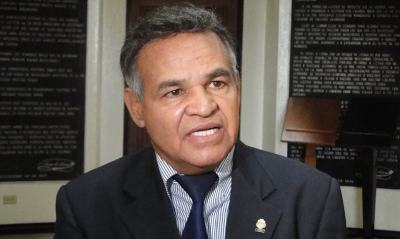 Legislator Justo Orozco has proven he will do anything within his power to deny gay couples their rights in marriage but he sees nothing wrong with performing traditional marriages (and divorces) in his office at the Legislative Assembly, despite this being explicitly illegal. 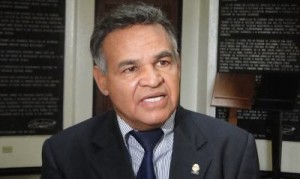 He described this work to La Nacion as being “humanitarian labour.” He righteously told the paper that his notary license gives him the ability to perform weddings in any place in the country.

But article 7 of the Notary Code states clearly a prohibition for a notary public to “attend professional functions on the premises of a public administration office, decentralized state institutions or public institutions.”

As a “defender of marriage,” the lawmaker told the paper, he only reluctantly witnesses a divorce proceedings and will do so only in cases where a couple has lived together for some time although one or both are married to another person.

He declined to tell La Nacion how many marriages or divorces he had witnessed but said he had officiated at no more than 10 marriages. He added that he did so only during during recesses or in the evening after a congressional floor session.

Orozco is an Evangelical and a Presidential candidate for the Costa Rican Renovation Party. He is blocked by law to succeed himself as legislator, which gay groups in the country view as a relief.

In 2011, when the opposition wrestled control of the Legislative Assembly from President Laura Chinchilla’s National Liberation Party, he was named a chairman of the congressional Civil Rights Committee.

As such, he quickly disposed of the gay couple’s rights bill without debate. (See previous articles: Rights Committee Scuttles Gay Marriage Bill, President Shuns Gay Marriage Issue) His chairmanship of that committee was viewed as, at best, an unfortunate irony until he was replaced as chairman after a year. He frequently explains his actions as following the will of God.

- Advertisement -
Paying the bills
Previous articleOrtega Insists on Claiming Guanacaste
Next articleHe Only Had Two Beers, According To His Lawyer

QCOSTARICA - Thursday morning, in an act full of...
Front Page