COSTA RICA NEWS – An initiative presented by Antonio Álvarez Desanti of the PLN party in Costa Rica aims to force all restaurant chains to include nutrition information on their food menus.

The measure would apply only to franchise operations with five or more locations and aims to raise awareness of the amount of fat, sodium and sugar in the food offered. If the initiative is approved, the menus will have to provide calorie information for dishes in a general format.

“The presumption of the measure is that if consumers have this information, they can choose to eat more healthy foods. This initiative is one of many efforts necessary for the prevention of overweight and obesity in the Costa Rican population, ” said Desanti.

The initiative, if approved into law, would require nutrition information be indicated on the menu, where the customer must be able to find the number of calories per serving. This information must be entered in the same font size as the product name. ”

The law would require the Ministry of Health (Ministerio de Salud in Spanish) to be responsible for ensuring that these provisions are applied and failure to do so would mean sanctions such as withdrawal of health permits required by restaurants to operate. Once the initiative is approved, the Health will have 90 days to regulate it.

According to a study by the Central Intelligence Agency (CIA) of the United States, about 20% of Costa Ricans suffer from obesity, while the rest of Central America and the Caribbean is between 7% and 34% . 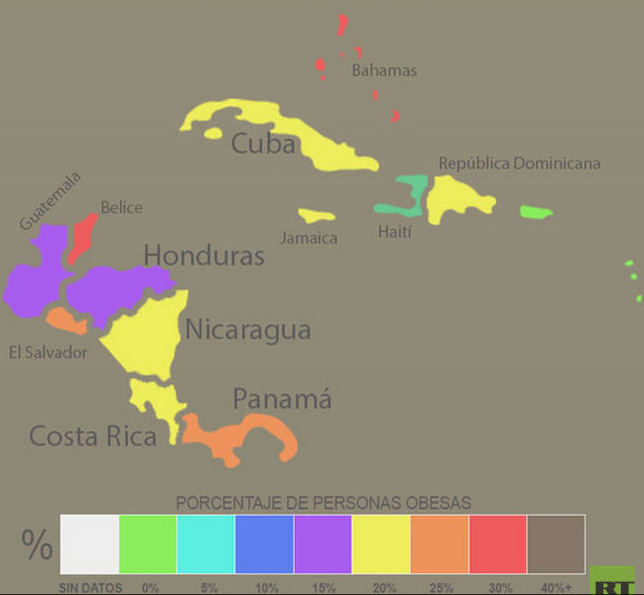