NICARAGUA NEWS – Nicaragua is in dire straights. The country – Central America’s poorest – is facing widespread hunger because of bad harvests and the consequent rising prices for staple food items.

The worst drought the country has suffered in 32 years means its inhabitants need to think creatively—and economically—in terms of food sources.

One of the government’s suggestions? Iguana.

A land management expert, Guillermo Membreño, told Nicaragua’s government-run online newspaper La Voz del Sandinismo that breeding the prehistoric-looking lizards “has two benefits.” It’s not just a great supply of dietary protein (packing a hefty 24 percent, compared to the 18 percent found in chicken, according to Memreño, although there is scant evidence for his calculations), but can also “offer a commercial use for the animals”, i.e. selling the skins, or the iguanas themselves as pets. 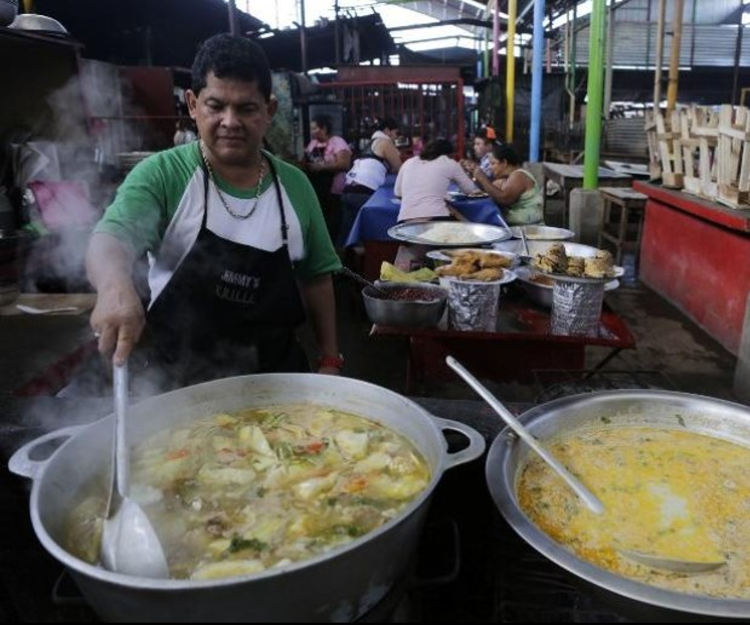 Nicaragua’s environmental law prohibits iguana hunting between January and April each year, but there are exceptions—the law is waived if you are going to keep the lizards for food.

This isn’t the first time iguanas have hit the news. Back in 2012, Puerto Rico had mini-Godzilla situation—there were more iguanas than humans. The solution, as they’d become invasive, was to start culling and selling them for export to the Latino and Asian immigrants across the US who miss the taste of iguana—said to be like a sweeter version of chicken, often served either quick-fried in tacos or slow-cooked in stews. The eggs are also eaten, too, and are supposed to taste like a rich cheese.

In Nicaragua, though, people won’t be turning to iguanas for taste—it’ll be through necessity. Membreño told La Voz del Sandinismo that, “even if you’ve only got ten iguanas, you’ve got something that offers food—and cash [if you sell the iguanas for meat, their skins or as pets].”

The crux here, though, is farming. The government are not encouraging Nicaraguans to go into the forests and hunt as many iguanas as they can on a whim. Rather, they’re leading people towards the idea of private farming—both iguanas and Moringa trees, which require very little irrigation and can (through the leaves) be used as good animal feed.

The food problem in Nicaragua isn’t just in future crop growth—it’s in the escalating prices of the food available right now. Nicaragua’s central bank have cut its economic growth outlook and raised its inflation forecast to four and a half percent rise in inflation. That means expensive—and probably largely unaffordable—groceries.

The government’s iguana manifesto hasn’t been met with unanimous enthusiasm, but in a country where livestock is starving to death, and where alerts for widespread food shortages in 2015 are being released, something has to happen.

Even the coffee plants—a crop the Central American region relies on—are rusting because of the heat.

At some point in the near future humanitarian assistance will probably be needed in the area, with some sources suggesting that the number of people requiring aid might eclipse the figures of 1998’s Hurricane Mitch.

Iguanas might not provide a fix-all solution, but are, perhaps, a start.

QCOSTARICA -  In yet another system-wide failure in the immigration check-out, passengers looking to leave Costa Rica Monday morning by way of the Juan...
Banking

QCOSTARICA - Costa Rica's economic activity registered in April 2021 a year-on-year growth of 8.8%, a figure affected by a “base” or “rebound” effect,...
Consumption