From adullroar.blogspot.com – Recently, my son Michael and I were talking on Skype. At one point in the conversation, he scoffed in good humor about our seemingly daily hazards of thunderstorms, earthquakes and venomous reptiles that Costa Rica presents. Point taken, but these days I hardly think about that oft-cited troika of reasons not to move to the tropics. 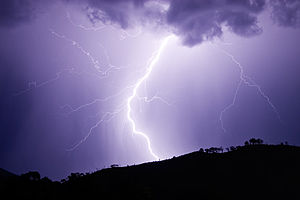 That is, even after Mother Nature herself gave us a strong shaking in the wee hours last week. It was only a magnitude 5.6 temblor and no damage was done, but it was intense having originated at only a 7 kilometer depth.

I had an image in my half-awake state of lying inside a Cracker Jacks box being shaken by a small boy trying to figure out what prize it contained. Surprisingly, to me, despite our doorless cupboards, nothing has ever fallen off during any quake in the last five years. Knock on wood.

QCOSTARICA - What had been a good tool as a payment mechanism for sellers and businesses, the Ministry of Finance (Treasury) has in its...
Nicaragua

TODAY NICARAGUA – Despite international pressure and rejection, Nicaragua President Daniel Ortega continues to imprison Nicaraguans who criticize and question the way he is...
Crime