Lining Up In Costa Rica Is A Tradition 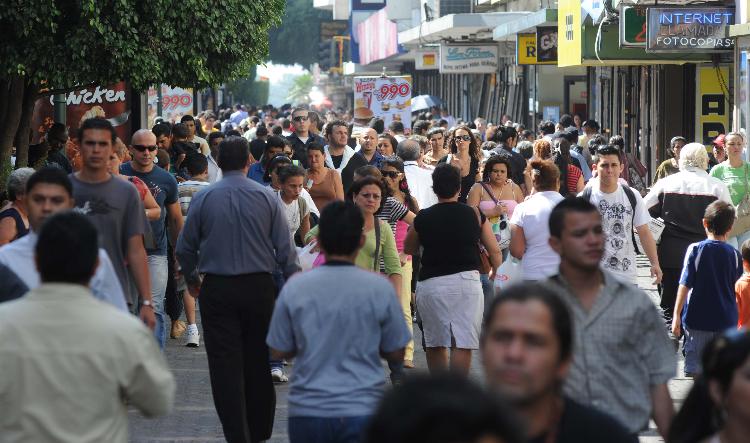 If there is something that foreign visitors and residents of Costa Rica quickly learn is that lining up (or queuing up) is a tradition.

Costa Rica thrives on long lines and waiting times; this is how business is done and how errands are accomplished. It has been this way for quite some time and is unlikely to change any time soon; it is also highly inefficient, but there may be more to standing in line in Costa Rica than just wasting time.

In recent years, psychologists, sociologists and business researchers have been studying the phenomenon of standing in line, which is not limited to Costa Rica. It turns out that there is little reason for long lines to form anywhere in the 21st century. Over the centuries, technology and research have smartly fine-tuned business processes in several industries to a point of optimal efficiency that does not require forming a line or waiting too long, and yet there are places such as Costa Rica where standing in line is part of daily life.

Certain lines in Costa Rica can really test someone’s patience. For example, standing in line at a primary care clinic (EBAIS) or hospital of La Caja (Costa Rica’s public health system). For expats, lines at immigration, the civil registry and the driver’s license authority (COSEVI) can be excruciating. What about those lines at ICE for matters pertaining to telephone, electrical and Internet service?

Lines at the bus stops tend to move pretty fast, but this is not the case when it rains. Lines at the supermarket checkouts are usually smooth, but good luck queuing up on the Saturdays following the national biweekly paydays. And speaking of paydays, the formidable lines that form at the ATMs on those days could worry bankers from the United States and Europe who might confuse payday with a run on the bank. Then again, a look at any Banco Nacional branch and its snaking lines of depositors and account holders would make any banker smile.

More than just a business transaction, standing in line is a gregarious activity in Costa Rica. It evens the socioeconomic playing field in the sense that, with a few exceptions, everyone must queue up. At Banco Nacional, for example, it does not matter if you are there to deposit 10,000 colones or ten million: You must stand in line with your fellow account holders. The exceptions are: elderly persons, pregnant women, mothers with newborn babies, and those who live with disabilities get to the front of the line. Expedited and dedicated service is often offered in a separate line to business account customers.

It is very possible that Banco Nacional has a no-line system in place for preferential clients, which we can assume are fat cats whose sizable deposits move the bank to bend over backwards for them, but everyone else must stand in line. This effectively does away with entitlement, which is explained by Karyl McBride, Ph.D. for Psychology Today as follows:

[entitlement] is the unreasonable expectation that one should receive special treatment or automatic compliance with his or her expectations. For the narcissist, they come first. They are unable to feel empathy towards others and therefore they operate from their own need base. When they speak, others are to jump. They somehow believe they are special and unique and should be treated so.

Ms. McBride goes on to describe a narcissist:

A client once told me a story about how her narcissistic mother would never stand in lines. She was too important and had no patience. She also liked to gamble, but when she went to casinos she immediately got a wheelchair, though she was clearly not disabled, so that she could be pushed to the front of the line.

It is safe to say that people must check their narcissism at the door if they want to accomplish a transaction in Costa Rica. For the most part, everyone must be ready to get the same level of service, which in many situations will involve standing in line. You might even have to stand very close to your fellow line standers when things are really busy.

The most efficient method to avoid standing in line is by taking advantage of online services set up by various entities in the public and private sector; for example, online banking. Still, people in Costa Rica have to queue up for many other reasons; to this end, those who control the lines here take the following factors into consideration:

Standing in long lines is part of life in Costa Rica, but it does not make it pleasant. In a New York Times opinion piece last year, Alex Stone wrote about the emotional toll of long lines:

The dominant cost of waiting is an emotional one: stress, boredom, that nagging sensation that one’s life is slipping away. The last thing we want to do with our dwindling leisure time is squander it in stasis. We’ll never eliminate lines altogether, but a better understanding of the psychology of waiting can help make those inevitable delays that inject themselves into our daily lives a touch more bearable. And when all else fails, bring a book.

Books, magazines or newspapers can be great companions when standing in long lines, but what is more common in Costa Rica is engaging your fellow line standers in conversation, complain about the waiting time, and finally making fun of it.

Q TRAVEL - Europe opened the doors to tourism. While worldwide vaccination against covid-19 advances above the levels of each country, the restrictions are...
El Salvador